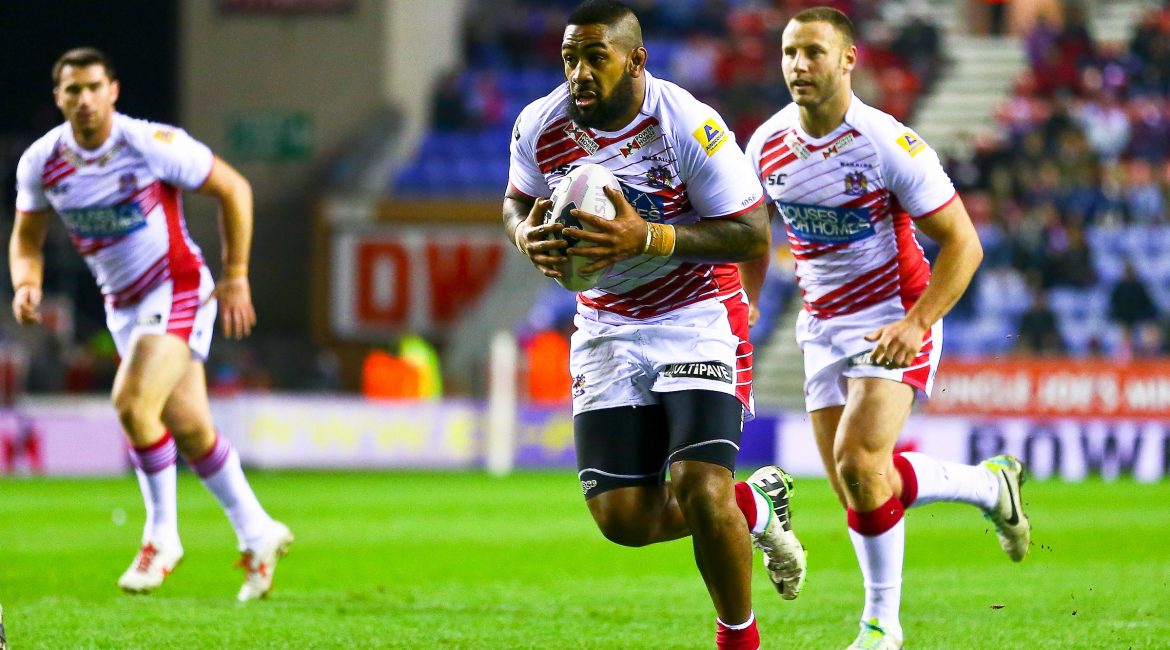 Keighley Cougars are today delighted to announce the capture of Eddy Pettybourne on an 18-month deal subject to international clearance.

The prop forward arrives at Cougar Park until the end of the 2023 season after leading Limoux to the French Elite Championship final, where they were defeated by Carcassonne, as player-coach.

When he arrives in West Yorkshire, the veteran will add experience, size, and aggression to the Cougars pack as we move into the second half of the season.

And Head of Rugby Andrew Henderson is delighted to capture Pettybourne’s signature.

“Eddy is a player we feel will bring undoubted quality both as a player and a person to this team,” said Henderson.

“His experience and hunger to achieve will help give the squad fresh energy to keep pushing forward in the second half of the season.

“I firmly believe Eddy will add great value with his leadership qualities both on and off the field and enhance what is already a strong group.

“Our forward pack is really delivering at present, however, having Eddy arrive now at a crucial stage of the season will not only strengthen our pack, add competition for places but challenge the performance levels to rise again.

“We welcome Eddy and his family to the club and look forward to him playing his part in what we have set out to achieve.”

Speaking of his arrival, Pettybourne added: “I am extremely excited to join this club as I know it has such a great history.

“The club has done so well this season and I’m looking forward to being a part of it all both on and off the field.

“The club is in great hands and being led by a combination of amazing and experienced coaches and staff.

“I will be giving my absolute best to help see this club take it to the next level and make history.”

Born in New Zealand, Eddy joins the Cougars on the back of a fifteen-year professional career that has to date seen the forward play in five different countries.

Breaking through with the South Sydney Rabbitohs in 2007, he would make near to a century of appearances in the burrow before signing for the Wests Tigers.

He spent one season with the Tigers before heading to the UK to sign with the Wigan Warriors after starring for the USA in their four games during their debut appearance at the 2013 Rugby League World Cup.

Becoming a regular at the DW Stadium, Pettybourne would help the club reach the Super League Grand Final, where they were defeated by St Helens, before returning home for personal reasons to sign with the Gold Coast Titans.

Spending three seasons on the Gold Coast, he would feature 34 times before returning to the northern hemisphere after playing for USA once again in the 2017 Rugby League World Cup.

Signing with Toulouse Olympique in the Championship, the prop would spend two seasons before moving into the French Elite Championship with Villeneuve.

After departing the Leopards, he would sign with the Brooklyn Kings in the newly formed NARL before instead heading to Serbia with Red Star Belgrade.

Appointed player-coach of the Belgrade last year, he would win the Coach of the Year accolade in the Balkan nation as he led them to a fifth consecutive Serbian Rugby League Championship title.

Returning to France in time for the new Elite One season last autumn, he was appointed player-coach of the Grizzlies where he would lead them to the Championship final.

Eddy has been assigned the number 17 jersey for the remainder of the 2022 season and is kindly sponsored by Ultimate Commercial Interiors.