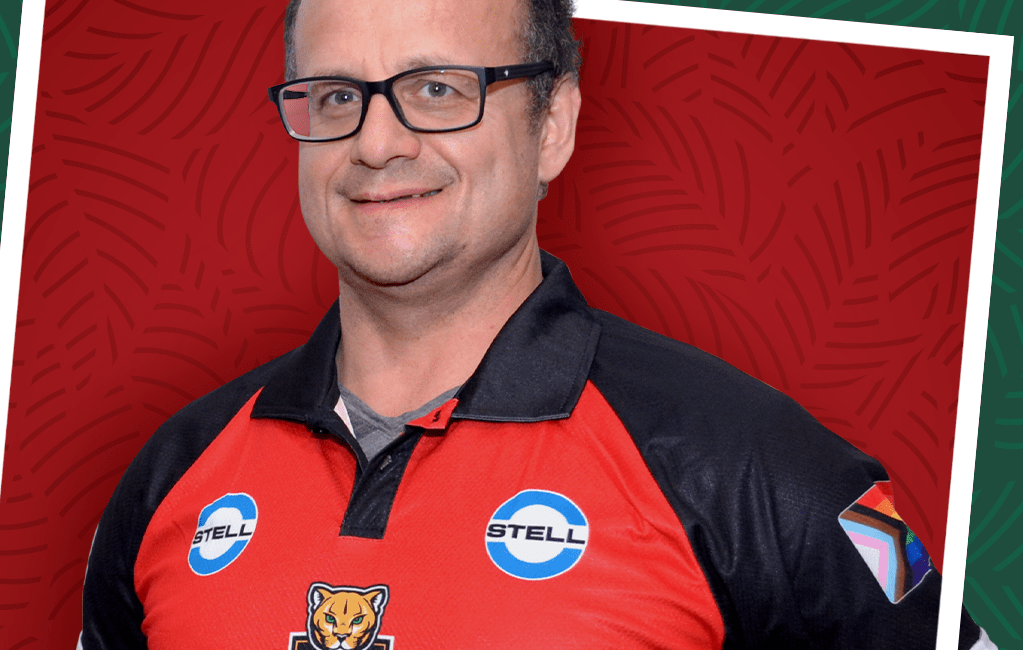 The RFL President’s Award was introduced in 2019 to recognise inspiring work to change lives and communities through Rugby League, and achievements of players, coaches and volunteers.

Dr Richard Lawrance has devoted countless hours and travelled thousands of miles to deliver a cardiac screening programme to Rugby League players and clubs, and also to other sports.

He has been involved in the sport for two decades, serving Warrington Wolves, North Wales Crusaders and Keighley Cougars as club doctor, and also working for Wales Rugby League at the last three World Cups, having been appointed their Chief Medical Officer in 2020.

But it is the leading role he has played over the last year in allowing the RFL to set up a central cardiac screening programme across the professional game for which the whole sport owes him gratitude.

He has managed the whole programme, making appointments at the convenience of players and clubs.

Over the last 12 months, Richard has carried out screening for 29 clubs on 1054 Rugby League players or others involved in the sport – plus another 169 screenings for FA Wales, York City FC and Basketball England – all during time off from his day job as NHS Consultant Cardiologist at Airedale General Hospital, until he left at the end of the summer.

His positive contribution does not end there, as Richard’s only condition was that monies that would otherwise be charged for the screenings should be invested in the sport’s cardiac screening programme – for example the cost of follow-up cardiac investigations, or purchasing equipment. So far that has raised more than £40,000, enabling the purchase of an Echo Ultrasound much earlier than anticipated.

Tracy Herd is the Director, Global Programme Implementation, for the men’s health charity Movember, and since 2015 has forged increasingly strong links with the sport of Rugby League through RL Cares and the Ahead of the Game campaign.

Movember was founded in 2003 to raise awareness of men’s health issues, such as prostate cancer, testicular cancer, and mental health issues. Tracy recognised Rugby League’s unique place in the communities in which it is strongest, and how working with RL Cares could be a powerful force in reducing health inequalities and building resilience in those who play and support the sport.

This has reached new levels through Movember’s work with the Rugby League World Cup, as official mental fitness partners – including the extraordinary spectacle of the Mental Fitness Match at Wigan’s DW Stadium on November 5 with England Men and Women playing a double header against Papua New Guinea and Canada respectively, attended by the RFL Patron Catherine, Princess of Wales.

The Movember Ahead of the Game programme, delivered by RL Cares, has involved more than 10,000 young athletes, players and coaches, and is now guaranteed to continue for the next three years enabling the RL Cares team to support the expansion of the programme into other sports, building a unique coalition of sport to make a positive impact on communities well beyond RLWC2021.

Tracy has been the driving force, a trusted friend and supporter of RL Cares and the sport of Rugby League.

Clare Balding said: “One of the many pleasures of my time as RFL President has been to discover the outstanding work done behind the scenes to support the sport by people like Dr Richard Lawrance and Tracy Herd – so I am delighted they will be added to the very select group who have received RFL President’s Awards.

“The players on the pitch will always take the majority of the accolades, but it is right that we have the opportunity to recognise the crucial contributions made by off-field heroes.

“Doctors such as Richard Lawrance fall firmly into that category, and the work he has done to support the cardiac screening programme in Rugby League – which is so important for players at all levels – has been truly inspirational.

“Movember’s involvement with Rugby League was celebrated so memorably during the World Cup with the Mental Fitness Match in Wigan – it was a delight to be part of those celebrations on the day, and this is a fitting recognition of Tracy Herd’s leading role in making them possible.”

The awards will be presented when the President’s Ball returns to the Queens Hotel in Leeds on January 14, after a three-year Covid-enforced absence – when Clare Balding will officially hand her chains of office to her successor, Sir Lindsay Hoyle.