Dane Chisholm To #JoinThePride Until 2023 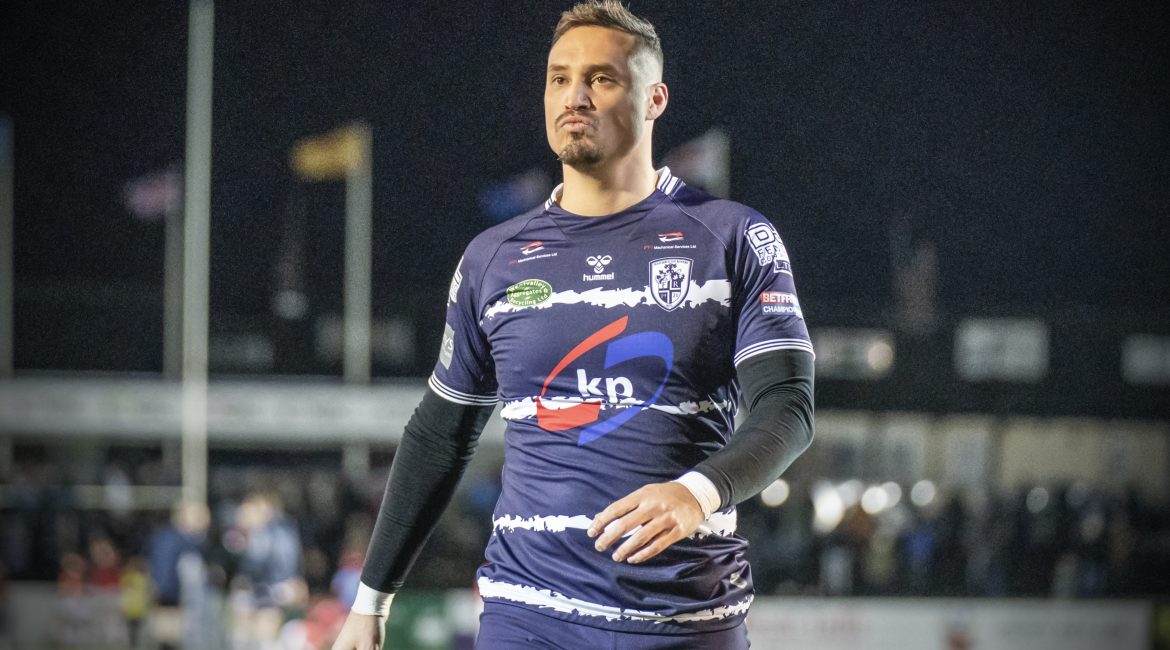 Keighley Cougars are today delighted to announce the signing of Dane Chisholm.

The mercurial half-back becomes the newest member of the pride, joining on an 18-month contract until the end of the 2023 season following his departure from the Featherstone Rovers.

Speaking of the newest addition to the squad, Head of Rugby Andrew Henderson said: “When we were made aware of Dane’s availability, we didn’t hesitate to reach out and contact him.

“Dane is a quality player that further strengthens our squad. He is certainly proven at the next level, but has had experience of this division previously, so he will not be phased by playing in this competition.

“Personally, I feel with Dane’s ability, skill set and experience he can become a valued member of this team.

“He shares our ambition and aspirations as a club and will help us on our journey as we grow and progress as a club.

“We would like to extend a warm welcome to Dane and his family to the Keighley Cougars.”

“I’m really excited to be coming to a club with big ambitions,” added Chisholm.

“It was a big part of my decision in signing with the Cougars. We already have a really strong squad and I hope to add value to that.

“From when I have been to Cougar Park to watch Jake Webster, I know the fan base here is a really passionate one and I can’t wait to play in front of them.

“I have experience in League 1 and know what it takes to get out of this division and into the Championship.”

And his arrival at the Cougar Park brings the curtain down on a three-year spell with Featherstone as he helped the club reach consecutive Million Pound Games either side of the pandemic as the Rovers established themselves as a leading club in the Championship.

The France international came through the junior system at Mullumbimby Giants before making his professional debut for the Melbourne Storm in the 2011 NRL season.

He would depart the Storm and have spells with the Wests Tigers, Manly-Warringah Sea Eagles, and Canterbury Bankstown Bulldogs before making the move to the United Kingdom midway through the 2015 season.

Dane would score 3 tries in 7 appearances for the Rovers to help them avoid relegation through the Qualifiers and maintain their Super League status.

Following the conclusion of the year, Chisholm would sign for the Bradford Bulls and became a central figure in the side as they would win the Championship Shield.

Financial troubles through would see the half-back depart for a brief spell with the Sheffield Eagles.

But he would return to Odsal and despite suffering a season ending injury at the Summer Bash.

Dane though would return at his best as he would go onto score 17 tries, 123 goals, and 2 drop goals for a return of 316 points as the Bulls were promoted out of the third tier at the first attempt.

Following their return to the Championship, Chisholm would depart midway through the 2019 campaign and sign with Featherstone where he would remain until earlier this week bar a brief loan spell at the London Broncos last month.

He would become a firm fans favourite during his time at the Millenium Stadium, and we have no doubt that the same will happen once again here at Cougar Park.

Dane has been allocated the number 20 jersey and is sponsored by Aalto Fire Ltd.