Dan Parker To Stay With The Pride 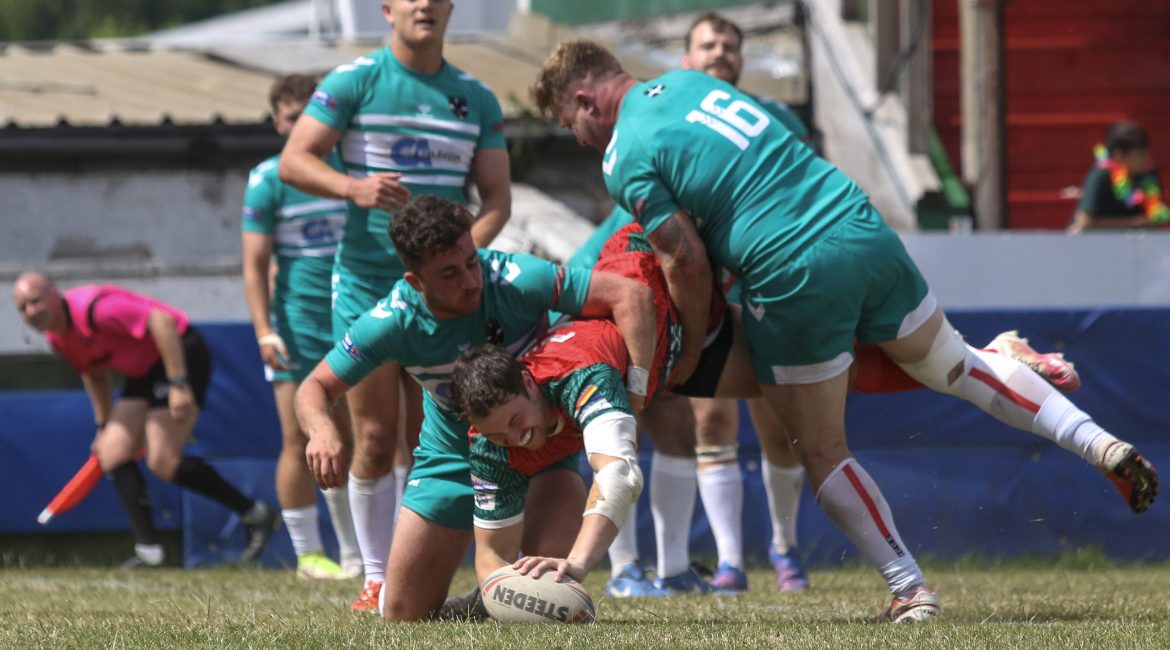 KEIGHLEY Cougars are today delighted to announce that Dan Parker has signed a new two-year contract with the club.

The deal, that will keep the versatile Parker at the club until 2024, will extend his stay into 7th season with the club after initially arriving ahead of the 2018 season.

A mainstay in the side following his early season suspension, ‘DP’ was a priority retention for the club ahead.

And Head of Rugby Andrew Henderson is delighted that Dan sees his future still at Cougar Park.

“Dan is another player within our group that represents the Cougars way,” admitted Henderson.

“He has really bought into the training programme and developed his game this year, which has allowed him to perform more consistently to a higher standard and work harder off the ball.

“Dan offers tremendous punch in his carries and has the ability to bend the line back, along with possessing a high level of skill for a big man.

“We have seen a lot of positive growth in Dan as a player this season and he is an integral part of this team.

“We look forward to seeing him rise to the challenge next season with his teammates.”

“It was an easy decision to make when the club approached me to stay on again next year,” added Parker.

“I’ve been here a while now and couldn’t really imagine being anywhere else.

“The fans are outstanding and the revitalisation of the club that is being carried out by the board is second to none.

“Putting that together with the coaching staff and group of lads you’re with all the time, it was a no brainer.

“I’m excited to continue developing under Rhys and testing myself again next year with new objectives to achieve.

“First of all though, I’m looking forward to enjoying the remainder of this unbelievable 2022 season and finishing it off strong with a great group of blokes!”

Originally arriving at Cougar Park ahead of the 2018 season from the Newcastle Thunder, Dan was forced to leave later that year because of the club’s financial difficulties before re-joining the Cougars in March 2019 following a brief spell with the London Skolars.

The very definition of the utility player, Parker has played five different positions across the field, including in the halves with a broken hand towards the back end of the 2018 season.

However, since the appointment of Rhys Lovegrove as Head Coach in June 2019, Dan has become a mainstay within the forward pack, whether that be in the front row or back row.

With the covid pandemic curtailing the 2020 season, he would commit his future to the club for the return to action in 2021.

Again a regular in the side, Parker would regularly put his body on the line for the cause and along with the rest of the side was desperately unlucky to not emerge from the play-offs.

However, 2022 has been his and this sides year despite missing the early part of the season through suspension.

Earning the nickname ‘Mr Bump’ for his reckless abundance towards his own body in order to aid his sides cause, Dan’s efforts have again been applauded both on and off the field with his impressive performances now earning him the opportunity to extend his stay with the club by another two years.

Throughout his time with the club, Parker has become a firm favourite with players, staff, and fans alike with his fun-loving personality, that always sees him smiling and brining positive energy around the club, whilst also taking any challenge on and off the field head on.