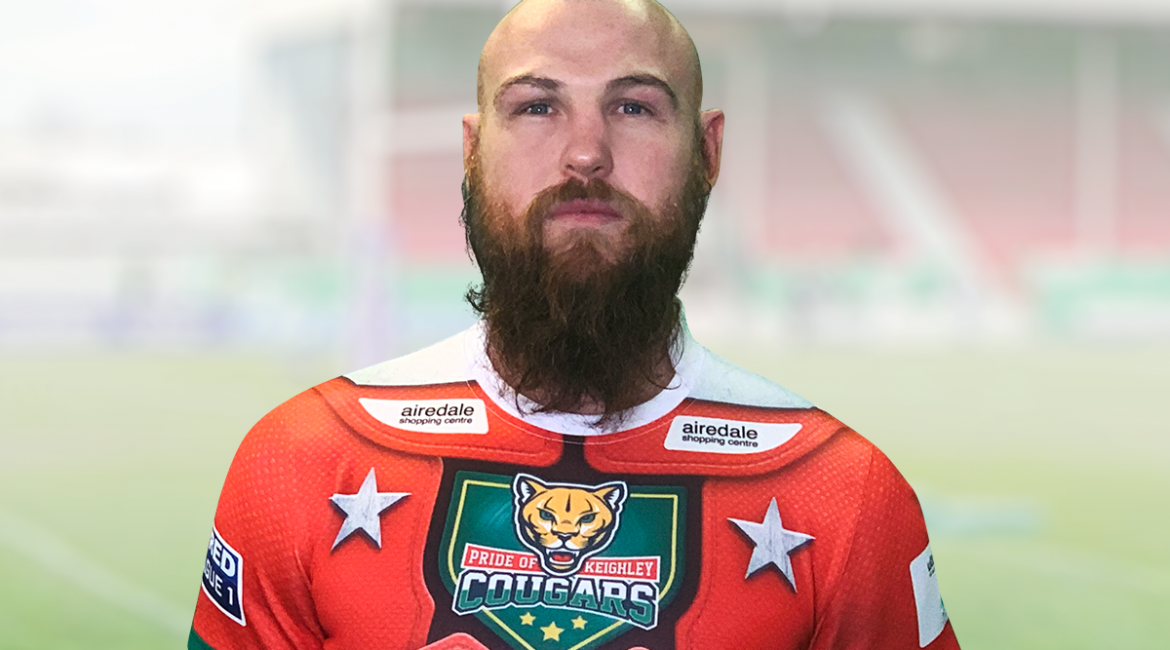 KEIGHLEY Cougars are this morning delighted to announce that Dalton Desmond-Walker has signed a new deal with the club.

‘The Enforcer’ within the Cougars side, Dalton has agreed a new two-year deal that will see him remain at Cougar Park until the end of the 2022 season.

Since arriving 12 months ago from the West Wales Raiders, Desmond-Walker has become a hit with supporters with his combination of aggression and no-nonsense attitude on the pitch, and his zest for life off it.

A big character and personality within the dressing room, the prop forward quickly cemented himself amongst the home shed in pre-season last winter.

From there, he introduced himself to the Cougar Park faithful with a big hit on Brad Walker in February’s Challenge Cup defeat to Newcastle.

But Dalton had his 2020 season ended earlier than his teammates as a result of a broken hand sustained in the loss to Workington shortly before lockdown.

Now six months removed from his injury, the Australian will be looking to hit the ground running in 2021 as the club looks to push for promotion into the Championship.

Head Coach Rhys Lovegrove said: “When I was planning the recruitment and retention for next season’s squad, Dalton was the easiest decision to make.

“Since we brough Dalton into the club last year, he has jumped in headfirst and really understood since day one what we’re all about here at the Keighley Cougars.

“He is a really honest and hardworking front rower, and I’m really excited to continue working with Dalton over the next two years.”

Desmond-Walker added: “A big factor for my re-signing is the way that Rhys has helped me develop another side of my game.

“I’ve always played with aggression and physicality but now I’m learning to broaden my skill set because of the Cougars style of play.

“I’ve enjoyed the support and fanfare from the Keighley faithful since I first arrived last year and hope that the fans will continue to back me over the next two years.

“I also have to give full credit tot the boys from this season for staying true during what has been a difficult time for everyone.

“And with the new arrivals that the club has brought in, it will be unreal to get amongst it once we’re allowed to return to training and playing.”