Keighley Cougars > News > Cougar Mania > Cougars Ladies Down But Not Out

Cougars Ladies Down But Not Out 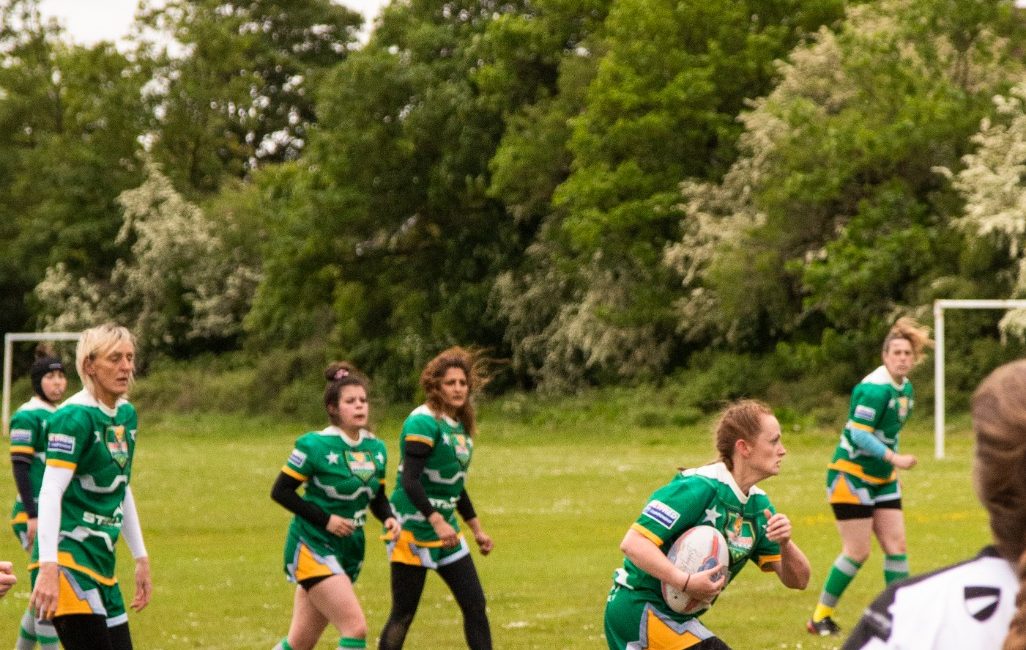 KEIGHLEY Cougars Ladies fell to a 30-12 defeat on the road at the Widnes Vikings in Round Three of the Women’s Championship.

Head Coach Dave Needham took his injury ravaged squad to Cheshire in the hope of a first victory of the season, but despite a third consecutive defeat his side showed signs of talent and improvement as several his younger players continue their development.

The Cougars found themselves on the back foot early on, as the Vikings raced into a 12-0 lead after just ten minutes of the match, taking advantage of the penalties awarded in Widnes favour.

Despite finding themselves chasing the game, the Ladies to their credit would not go down without a fight and came back into the arm wrestle as the first half progressed as Jade Charlton scored the ladies first points of the game after burrowing her way over from dummy half.

Excellent work from Cartwright, Shillito, and Whiting put the Cougars within touching distance of the whitewash and Charlton finished off in style.

This sparked life into the Cougars and Nat Watson, playing out in the centres, crashed through two defenders after a neat delayed pass from Laura Ackroyd.

A 30-yard run was ended just before try line after excellent defensive work by the full back but with the Vikings defence anticipating the ball to be spread wide again, Laura Ackroyd pounced form close range to put the ladies back in the contest.

With the wind at their backs, the ladies started the second half in barnstorming fashion.

After Forcing an error form Widnes at the restart, the Cougars found their legs and piled pressure on the try line.

Quick hands form Charlton, Ackroyd and Illingworth found Saima Hussain free on the left who dived in to bring the scores back to 18-12.

Having seized back the initiative, the game entered a period of a proper arm wrestle in the centre of the field.

With both teams battling for field position, and neither giving an inch, it was the cougars who ended up on the wrong end of the official’s decision making.

Gaining yards off the back of two quick penalties, Widnes got back onto the front foot and sealed the game with two quick breakaway tries.

Whilst it proved a frustrating end to an otherwise promising afternoon for the Cougars, it is clear to see the potential the squad has.

Recent signings Francesca Sacco, Michelle Whiting and Katie Doney have all made impressive starts and with players beginning to return from injury it is hoped the Ladies will go from strength to strength in the coming weeks as the season, and hopefully the weather, hots up.

After beginning their season with three consecutive away fixtures, the Cougars Ladies have a weekend off due to the bank holiday before finally beginning their home campaign next week.

The Oulton Raidettes will be the first visitors to Cougar Park on Sunday 6th June for a 2pm kick-off in Round Four of the Women’s Championship season.

Details on how supporters can attend this fixture will be announced by the club in due course.