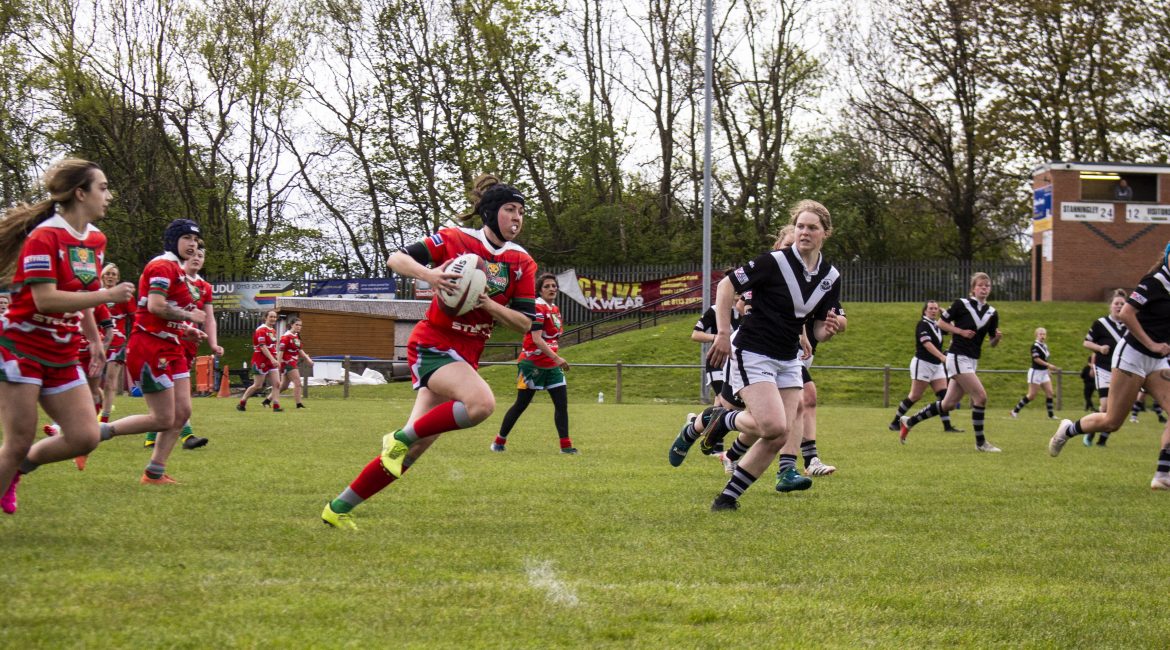 KEIGHLEY Cougars ladies finally returned to action after 14 months and started off their season with a tough away trip to Stanningley.

The Cougars ladies put in a valiant effort but came out on the losing side of a 30-18 scoreline to the 2020 Championship semi-finalists.

Fielding five debutants to open age rugby, Cougars matched their hosts in the early stages with both sides battling for field position.

After the first quarter of the game, two well organised attacks from Stanningley saw them take a 10-0 lead with two well executed tries from clever kicks.

Cougars first try came from their first venture into the opposition’s twenty.

Quick hands from Laura Ackroyd and Nat Watson found Ella Town, who powered her way over in the corner with Ackroyd slotting over the extras from the touchline.

Excellent yardage from Saima Hussian, Sarah Cartwright, and Chloe Pollard saw the Cougars launch another attack down the left channel.

New signings Hollie Burton and Laura Elliot were starting to open the Stanningley defence, and Bradford University player Rosie Taylor made huge inroads down the middle.

With half time approaching a mistake turned the ball over to the hosts who scored with the last set of the half to take the lead into the break.

With the injuries mounting up, the lack of interchanges took its toll in the second half and allowed Stanningley to get the advantage.

Despite a brave solo effort from Laura Ackroyd diving under the sticks, Stanningley pulled away with two late tries against the tiring Cougars outfit.

The immediate thoughts and worries of the coaching staff went to the three players who had to spend their Sunday evening together at hospital.

However, this was an encouraging start from the ladies, whose mix of experience and youth shows plenty of potential in what will be tough challenging season in a wide-open Women’s Championship.

The ladies hit the road once again this Sunday, as they travel to Cumbria to face the Barrow Raiders as a curtain raise to their male counterparts at the Matt Johnson Prestige Stadium.