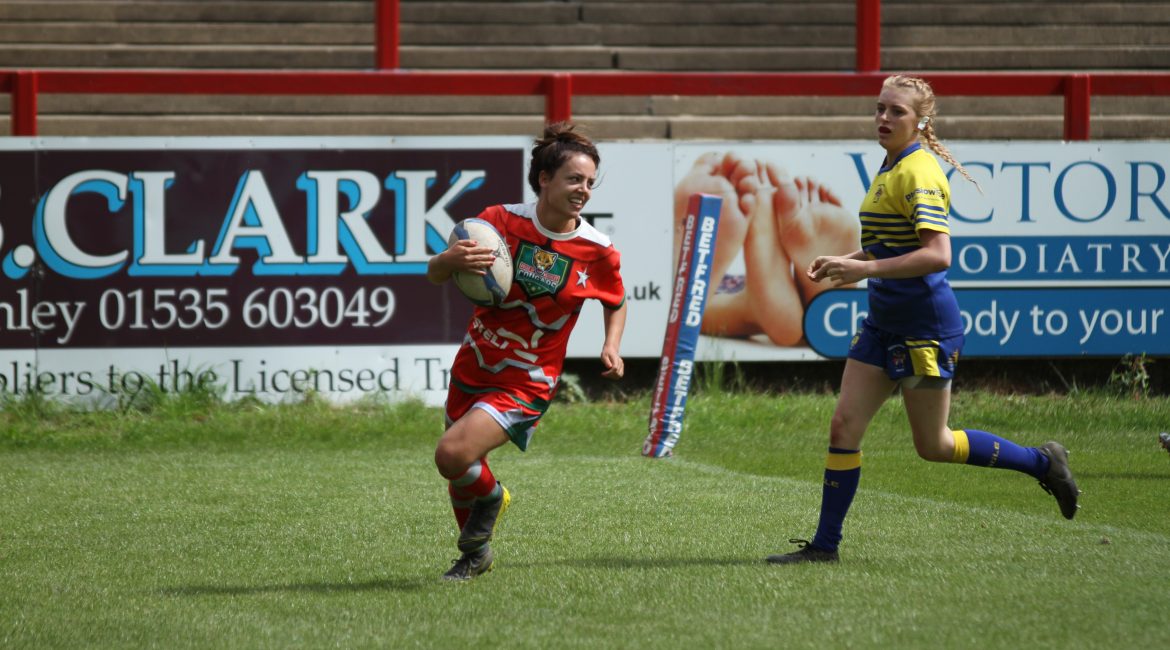 KEIGHLEY Cougars Ladies opened their home campaign at Cougar Park in style, as the defeated the Oulton Raiders in front of a healthy home crowd.

Playing at Cougar Park for the first time this season was the perfect tonic for the Ladies as they put behind their tough run to open the season to get points on the league table.

Playing up the slope in the first half, the ladies started much brighter as they completed sets and drove the ball into the opposition half.

Once again it was Laura Ackroyd who got the Ladies on the scoreboard for the first time in the contest.

Some great work by Jade Charlton, Michelle Whiting, and Sarah Pate put the Cougars in a great attacking position.

Ackroyd, with her trademark step, beat the defence and dived over, scoring for the fourth game in a row with Amy Illingworth converting for the extra two points.

Oulton found their way back into the game, with a neatly converted try following a clever kick from their half back.

With scores level at half time, the ladies were building in confidence playing down the slope in the second half.

Both sides traded blows in the opening minutes, but it was Cougars who once again struck first.

Great hard line running from Emma Murray and Saima Hussain saw the Cougars nearly over in opening exchanges of the second half, but it was Sarah Shillito who dummied and dived over to restore the home sides advantage.

With the game finely balanced Cougars began piling on the pressure and another break from Ackroyd found Katie Doney on the right who in turned released Nat Watson.

Breaking clear from 40 yards out, Watson surged past the fullback to take the game beyond Oulton and put the contest in the Cougars favour.

With tiredness creeping in, the Cougars defended hard on their line to repel some final Oulton pressure.

However, despite one final try, Oulton were unable to capitalise on one last attack leaving the Cougars victorious.

This was a deserved and hard-fought win from the ladies and with players beginning to return from injury, the squad is once again nearing full strength.

The ladies are hoping to build on this win when they travel to face the Leigh Miners Rangers on Sunday in Round 5 of the Women’s Championship.