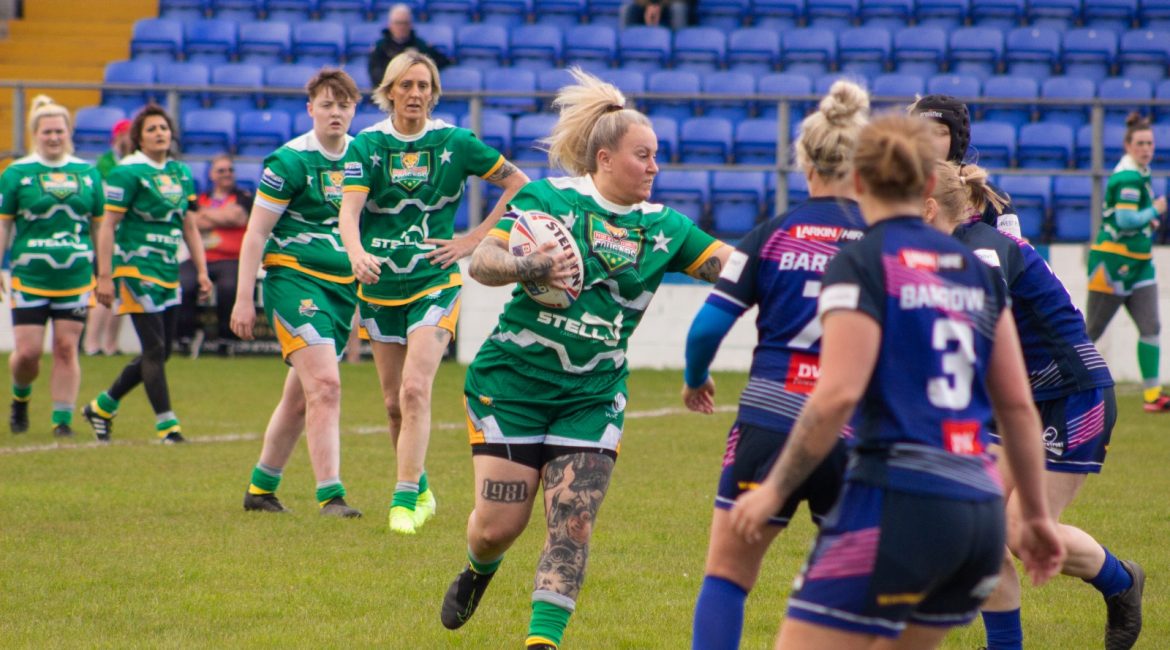 KEIGHLEY Cougars Ladies side continued their season this past Sunday afternoon with defeat at the hands of the Barrow Raiders.

A side filled with a mixture of both youth and experience, including a handful of debutants, were brave in defeat and gave their all against a Barrow side with Super League ambitions for 2022 and which came into the game on the back of a comprehensive victory over Halifax the week previous.

The ladies however showed what they could be capable of in a battling first half display at Craven Park.

Making amends for their slow start last week, the Cougars were the quickest out of the blocks of the two sides with Nat Watson, Chloe Pollard and Amy Illingworth making inroads into a traditional Barrow big pack.

And their bright start was rewarded when Keighley went into the lead with five minutes on the clock after well worked field position gave Jade Charlton the chance to feed Nat Watson down the right who crossed for her second try of the campaign.

With Barrow finding a way back into the game, an excellent 40-20 kick from Laura Ackroyd set the ladies up in the opposition twenty.

Neat work down the left channel from Sarah Shillito and Saima Hussain created an opening for Ackroyd back under the sticks, who dummied her way over to score. Her conversion took the scores to 10-4.

Debutants Katie Doney and Georgie Riley were impressive in defence, with Sarah Cartwright made great yards down the right wing.

Barrow edged their way back into the game, and into a lead that was harsh on the Cougars, on the stroke of half time with a well worked try down their left channel, leaving the scores 16-10 to the Raiders at the interval.

With the injury list once again mounting up as it did the previous week at Stanningley, the second half was always going to be an uphill battle for the Cougars.

Three other debutants, Kelsey Cooney, Jasmine Bellamy, and Sophie Clarke all entered the field and made an impact, but they could not prevent Barrow stretching their lead towards the end of the third quarter.

As ever, the group did not give up with Kelly Wood, Laura Elliott, and the trio of Shilitto, Ackroyd and Hussain constantly pushing for that final consolation try.

The ladies will take a huge amount of positives from this game and move onto another away fixture this Sunday when they travel to the Widnes Vikings in Round Three of this season’s Women’s Championship.