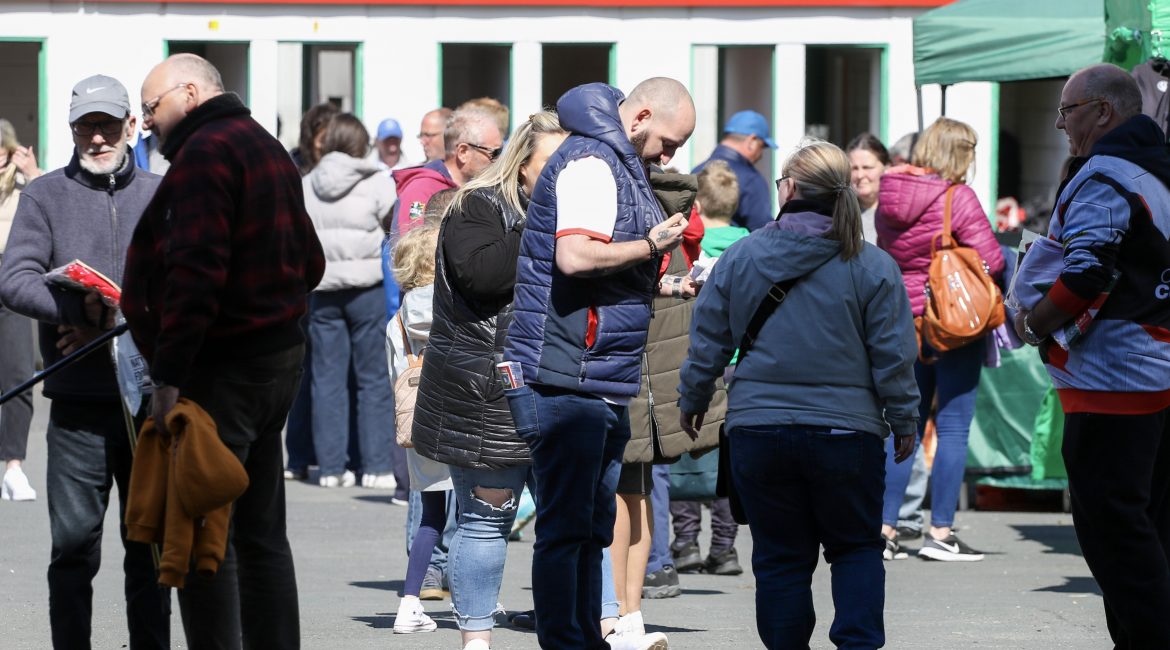 Sunday’s home fixture against Oldham RLFC means there’s another opportunity to visit the ‘Cougar Crawl’ ahead of the game!

And with this weekend’s game seeing the Cougars have an opportunity to move to the top of the League 1 table, buy tickets HERE, then we’re expecting plenty of faces both new and old to be down at the game to enjoy what the crawl has to offer as we push for a crowd of 2,000!

Following the success of the crawl ahead of previous five home league fixtures so far in 2022, by popular demand we will again be bringing you some of your favourites as Oldham visit Cougar Park.

The main feature on the Crawl this week is the Food Donation Drive being led by Rev Mike of the Keighley Parish Church. Find out more information by clicking HERE

For those of you with a sweet tooth, they will be joined this Sunday by Fudge It Bingley, providing the finest homemade fresh fudge in West Yorkshire.

Joining them on the Crawl this week will be The Yorkshire Pud Bakery, bringing you a whole selection of cakes, cupcakes, and cookies, homemade in the heart of Bronte Country.

For the kids, and big kids, this weekend there will be the Confettii Girls who bring with them flowers, balloons, gift ideas, and a lot more!

Your 2022 matchday programme, #PRIDE, will be on sale for £2.50 featuring an interview with record breaking Charlie Graham and quickfire questions with James ‘Buster’ Feather.

This weekend’s curtain raisers are brought to you by local community club Keighley Albion.

First up at the earlier time of 11am is the Albion Under-15’s side, who play Kippax Welfare in their cup semi-final.

Following them at 1pm is a series of games featuring the Albion’s junior sides with the Under-7’s and Under-8’s side in action as well as the Under 9’s who face off against East Leeds.

Ahead of Sunday’s game, the gates are open from 1pm onwards, earlier for those participating or attending the curtain raisers, so come and joins us pre-match for what promises to be another thrilling afternoon at Cougar Park!

Please note for supporters paying on the day, the turnstiles are cash ONLY.