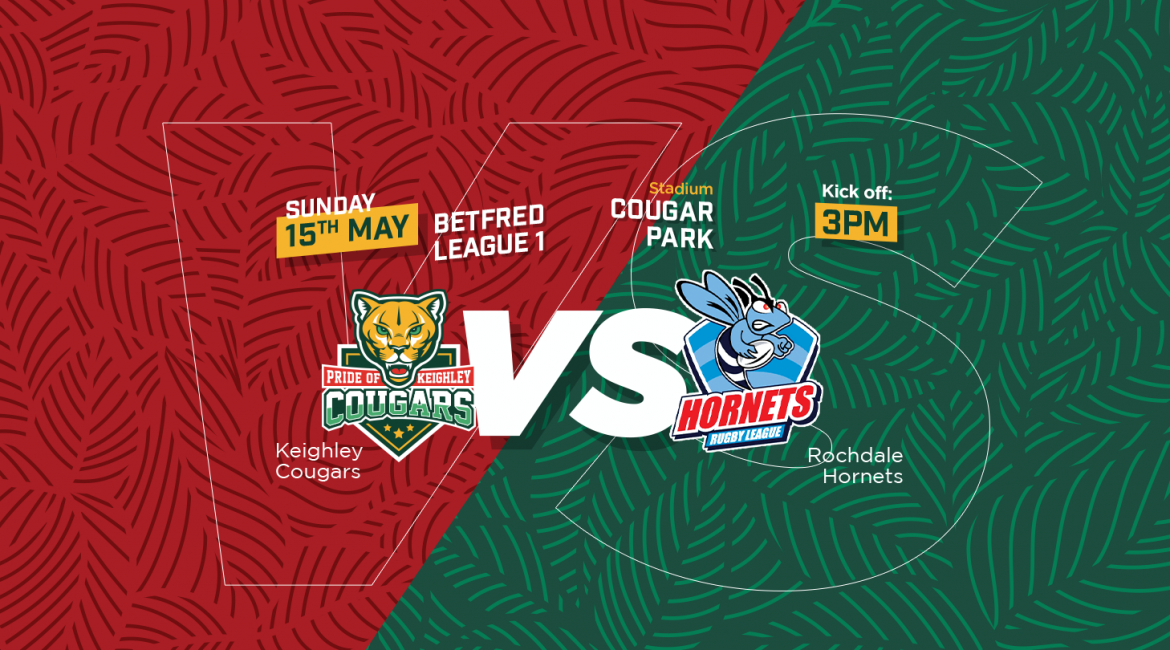 Sunday’s home fixture against the Rochdale Hornets means there’s another opportunity to visit the ‘Cougar Crawl’ ahead of the game!

And with this weekend’s game seeing the being a MASSIVE clash between the sides currently sitting second and third in the League 1 table, buy tickets HERE, then we’re expecting plenty of faces both new and old to be down at the game to enjoy what the crawl has to offer!

Following the success of the crawl ahead of previous three home league fixtures so far in 2022, by popular demand we will again be bringing you some of your favourites as the Hornets swarm at Cougar Park.

With the game being our mental health awareness fixture, we have two stalls and a bus on hand dedicated to promoting and spreading the awareness of mental health.

Our official mental health partners It’s Worth Talking About will be on the Crawl selling their limited-edition Cougars polos, handing out wristbands, and also to provide information on their groups whilst also discussing mental health with those who need to talk.

Joining them will be Rugby League Cares, who will kick off the crawl outside the main gate with their tour bus which will display a number of heritage trophies from throughout the history of Rugby League.

There will also be a curtain raiser prior to the two sides coming out for their warm-ups between junior sides from Silsden Storm and West Craven Warriors.

For those of you with a sweet tooth, they will be joined this Sunday by Fudge It Bingley, providing the finest homemade fresh fudge in West Yorkshire.

There will also be a stall selling our new range of ‘Inspired By Heritage’ warm-up tops with the Rochdale Hornets edition of #PRIDE also on sale.

And for the children, and some of you big kids too, there will be face painting and stilt walkers on the crawl!

Ahead of Sunday’s game, the gates are open from 1pm onwards so come and joins us pre-match for what promises to be another thrilling afternoon at Cougar Park!

At half-time, there’s also a special performance from the Voice of Yorkshire choir to commemorate our mental health awareness day activities.