Charlie Graham To Stay With The Pride 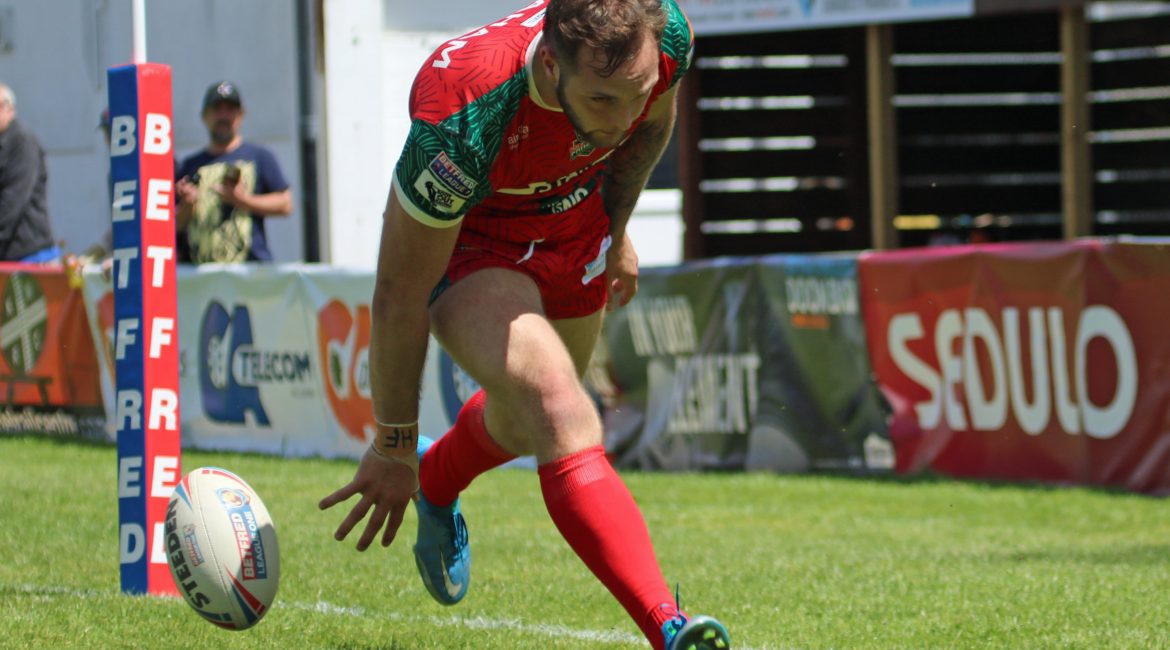 KEIGHLEY Cougars are delighted to announce that Charlie Graham has signed a new contract with the club.

And the centre, who is in fine form this season with 13 tries in 13 appearances, is delighted to be staying with the Cougars.

“I couldn’t ask for a better club to be at and progress at,” admitted Graham.

“When I first came to the club last year, the boys were so welcoming and have helped to progress as both a player and a person.

“The atmosphere, the energy, and that bond, that we all have as players and staff is beyond belief.

“We all want to be around each other and look after each other.

“I want to keep putting a few points on the board and get the fans smiling.

“We all want to achieve the same thing now this year, and that is promotion to the Championship.”

Head of Rugby Andrew Henderson added: “It is fantastic news for the club that Charlie sees his future with us.

“I have been really pleased with how he has developed further this season as a player and believe he still has more growth and upside to his game that we can supporter him with to develop further.

“Charlie is a good person that we enjoy having in and around our organisation and fits what we look for in our players both as a person and a player.

“It is important that we continue to look to recruit for next season.

“But it is equally important we look to retain players from this current team to provide us with some continuity and cohesion with the group as the team continues to develop.”

Joining the club following a successful trial period after his release from Hull FC, Charlie quickly cemented himself a regular place within the first team.

His energetic performances, exciting play, and try-scoring capabilities caught the eye but prompted the club to sign him to a new deal within a month of his debut.

And his breakthrough year in 2021 would see Graham awarded the Cougars Rising Star award whilst also earning a nomination for the Betfred League 1 Young Player of the Year accolade.

So far in 2022, the centre has been an ever-present for Rhys Lovegrove having featured in all 13 competitive games so far.

And he has returned the favour with 13 tries, including a breath-taking double last weekend, and a League 1 Team of the Month appearance for June.

This prompted his Head Coach and Head of Rugby to secure his services for at least another year.