Charlie Tied Down Until 2022 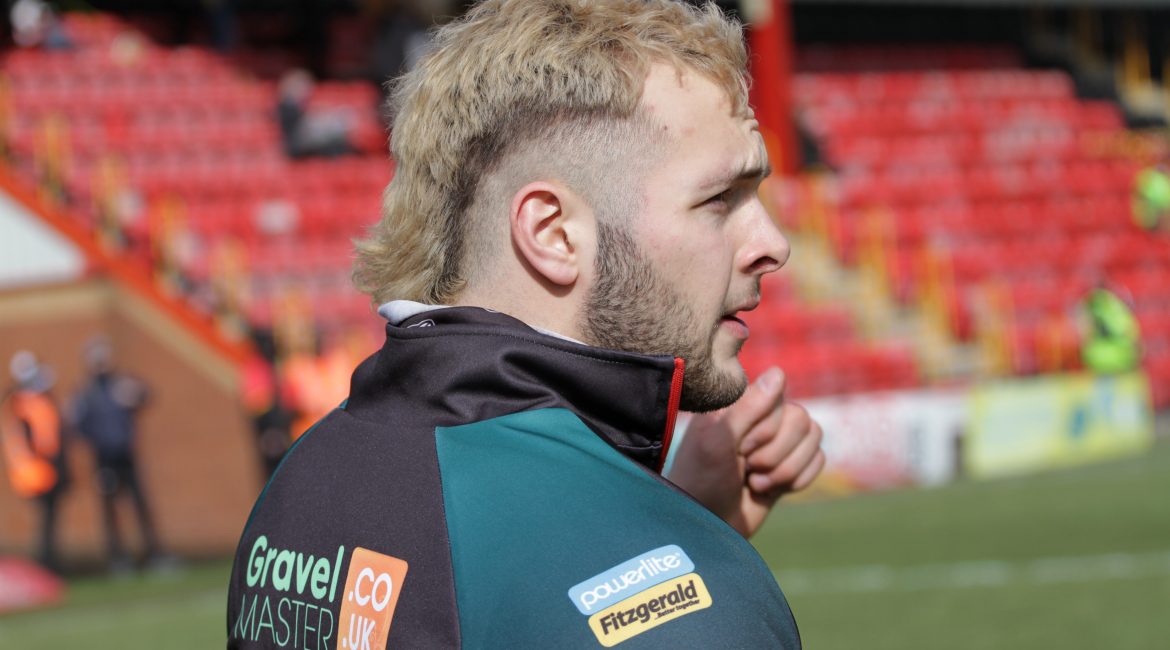 KEIGHLEY Cougars are today delighted to announce that Charlie Graham has signed a new contract with the club.

The new deal agreed will see Graham, who joined the club in January of this year, extend his stay at Cougar Park by a further twelve months to the end of the 2022 season.

Coming to the club with a reputation for his speed and strength on the ball, Graham has added a strike threat to the backline and adds the sought-after option in the centres that both Rhys Lovegrove and his coaching staff were looking for.

And Lovegrove is delighted to secure the long-term future of one his breakout stars of the early part of 2021.

“Charlie has been a player that since coming into our environment has added quality to not just the side, but the club, both on and off the field,” admitted the Cougars Head Coach.

“He is young, strong, and athletic, but more importantly for me he has a hunger to prove himself and it is safe to say that he has done just that in his two games for the club to date.

“His partnership on the left edge with Robert Matamosi is blossoming and has added a different attacking threat to that of the squads I have assembled to date at the club.

“I feel that we have been the perfect platform for Charlie to prove himself so far.

“He is showing on the field in games and training that his acquisition has been nothing but great for Keighley Cougars as a club and Charlie Graham as a player.”

Joining the club prior to Christmas on a trial basis following his release from Super League outfit Hull FC, Charlie immediately impressed and was awarded a contract for the current season at the end of January.

Continuing to catch Lovegrove’s eye following the return to training in February, he was rewarded with starts in March’s Joe Phillips Memorial Trophy and Betfred Challenge Cup against the Bradford Bulls and London Broncos.

And Graham did not disappoint when on the field in a game environment, winning the supporter’s Man of the Match in both fixtures as well as scoring a brace against the Bulls which included a sensational 60-yard interception effort in the first half.

These performances caught the eye, of not just the Cougars, and prompted Lovegrove, along with Chairman Mick O’Neill, to act quickly and tie Charlie down to a long-term deal at Cougar Park.