Cougars At The Double In Awards Nominations 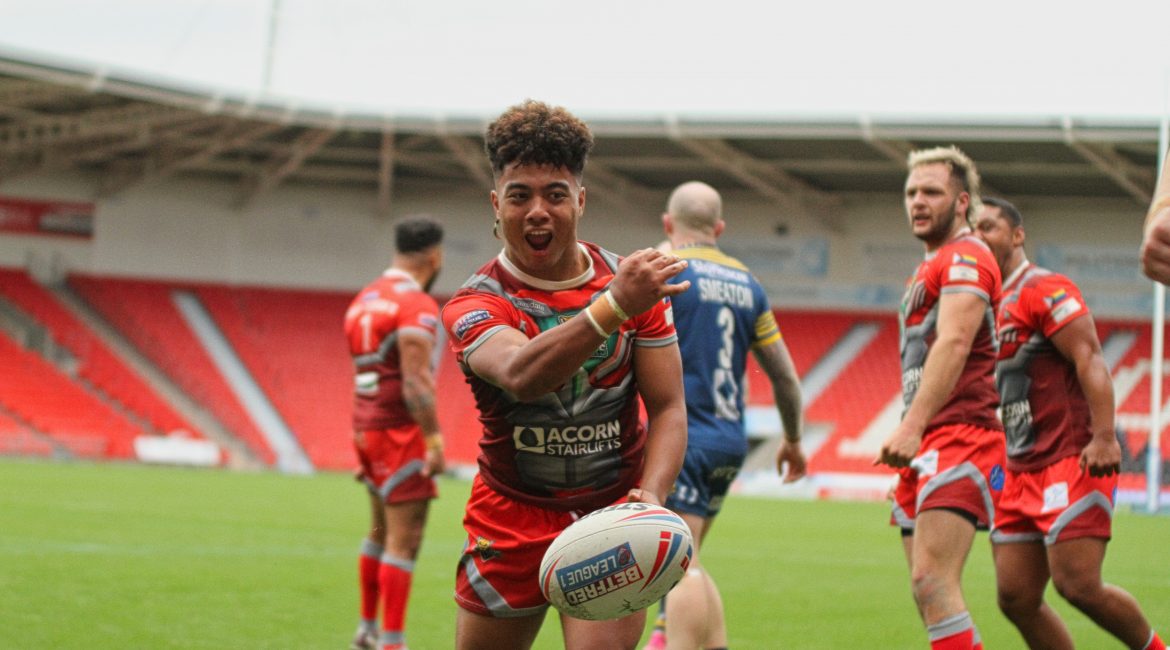 KEIGHLEY Cougars are this evening delighted to announce that two of our players have been shortlisted in the Betfred Championship and League 1 awards.

The pair of Phoenix Laulu-Togaga’e and Charlie Graham have both been shortlisted for the Betfred League 1 Young Player of the Year award.

Phoenix, who joined the club prior to this season from Leicester Tigers Rugby Union, has made 10 appearances for the club this season and has created several memorable moments throughout the year.

After debuting alongside dad Quentin in March’s Joe Phillips Memorial Trophy loss to Bradford, they would create magic with their superb link-up try in June’s home victory against the West Wales Raiders.

More recently, Phoenix sent the Cougars support into raptures with an outstanding late winner in the 28-26 victory away at Doncaster earlier this month.

And his performances have caught the eye of Tony Smith, with Phoenix earning a deal with Betfred Super League club Hull Kingston Rovers until the end of the 2023 season.

Following his release from Hull FC, Charlie was nearly lost to the game before finding a home at Cougar Park following a successful trial during pre-season.

Establishing himself as one of Rhys Lovegrove’s first choice centres, Graham has excited the supporters from day one with his brace against the Bulls in pre-season.

And his try-scoring exploits have returned 10 tries in 17 appearances throughout the year, with a highlight being his length off the field interception try in July’s home victory over the Barrow Raiders.

Charlie also committed his long-term future to the club, signing a new deal earlier in the year until the end of the 2022 season amidst interest from teams at a higher level.

Their competition in the Young Player of the Year category is Workington Town’s Brad Holroyd, who scored the Cumbrian outfits winning try in their victory at Cougar Park in August.

The winner of the award will be announced during next Wednesday evening’s awards show on the OuRLeague app in which their Cougars teammate Scott Murrell is hosting alongside the retiring Rob Worrincy.

Phoenix and Charlie are the only two Cougars nominees in this year’s awards, however, we would like to congratulate former Head Coach Craig Lingard.

Lingard is nominated for the Championship Coach of the Year award after a season in which he led the Batley Bulldogs to a fourth-place finish and a place in this season’s Championship play-offs.

We wish all nominees the very best of luck in next Wednesday’s awards.

Betfred Championship Player of the Year

Betfred Championship Coach of the Year

Betfred League 1 Player of the Year

Betfred League 1 Coach of the Year