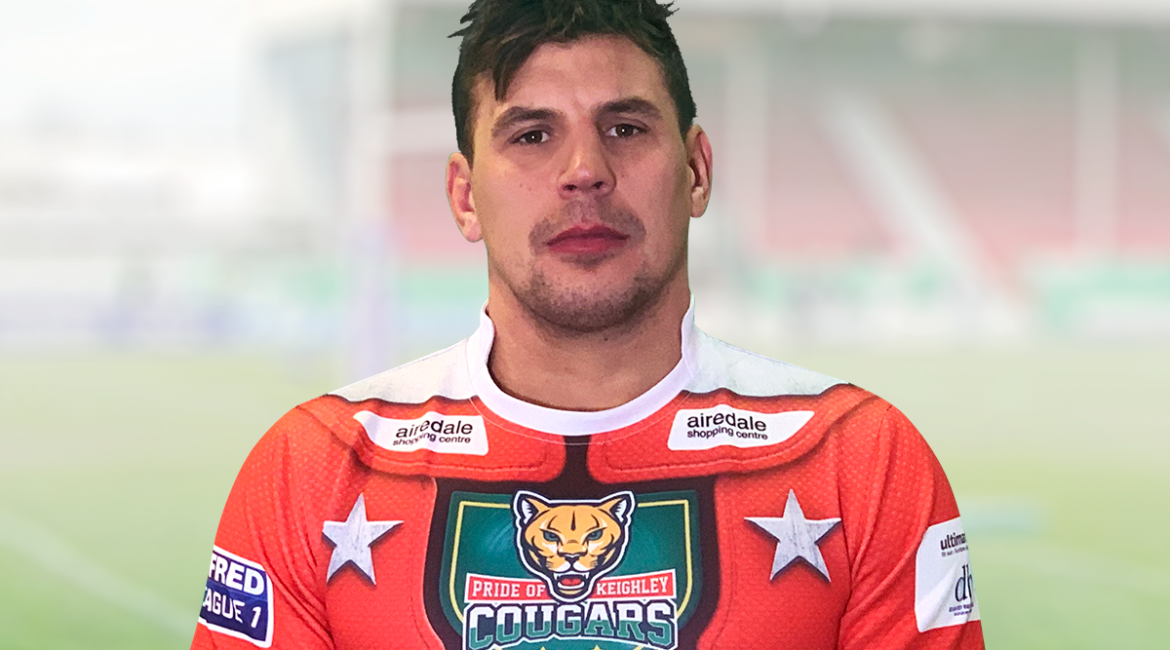 HEAD Coach Rhys Lovegrove has today confirmed that James ‘Buster’ Feather will be joining his coaching staff ahead of the 2021 season.

The newest addition to Lovegrove’s backroom team, Buster will be working alongside the coaching team whilst continuing to look for the 3 appearances he needs to break the summer era appearance record for the club.

The record currently stands at 343 appearances, made by his fellow Cougars Hall of Famer and club legend Phil Stephenson, with James going into the 2021 season on 341 appearances in his 17 years with the club to date.

This also won’t be Feather’s first foray onto the coaching aspect within the club, as he aided the reserves team coaching set-up in 2016 whilst spending a brief period in 2018 as a part of Craig Lingard’s coaching team during his spell in retirement.

Signing for the club in 2003, Buster would go on and make his professional debut against Oldham in a 2006 Northern Rail Cup group stage game.

From there, James became the captain of the club, appointed by then Head Coach Barry Eaton, after just one season following Phil Stephenson’s decision to retire from playing.

During a decade as captain, Feather cemented his legacy leading the Cougars through two promotions in 2009 and 2011, iPro Sport Cup glory in 2016, as well as staying loyal to captain the club through administration and two relegations.

After retiring following the conclusion of the 2017, James joined the backroom team before the well documented financial troubles of 2018 saw Buster come out of retirement to provide much needed numbers and leadership to a depleted first team squad.

The takeover of the club in 2019 sprung a new lease of life into both the Cougars and Feather, with the hooker openly stating in the press that he was enjoying life under the new ownership and a fifth career Head Coach in the shape of Rhys Lovegrove.

“I’m looking forward to helping develop Buster as a coach, so he has a future in the sport once his playing career comes to an end.

“He will add expertise and an old head on both sides of the fence, which can only benefit everyone involved with the team whether it be us as a coaching group or the lads as a playing group.

“Buster offers me a lot as both a player and a coach and moving forward this will be a decision that can only move him forward as he moves towards the end of his playing career.”