Bradley Ho To #JoinThePride On Loan 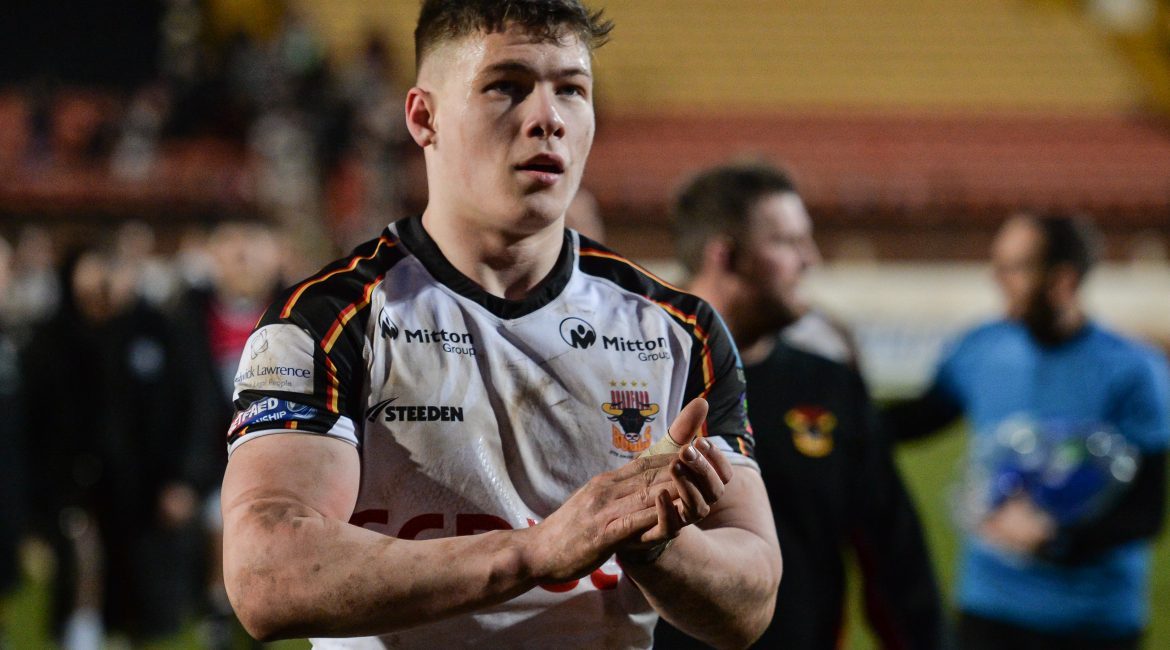 KEIGHLEY Cougars are today delighted to announce the signing of Bradley Ho from neighbours Bradford Bulls.

“We are really pleased to have secured the services of Brad Ho for the coming season and thank Bradford for supporting this move for the player,” said Head of Rugby Andrew Henderson.

“Brad has come through a good system with Bradford and has already gained experience playing in League One previously which helps.

“After doing our due diligence and watching him play recently in Bradford’s pre-season friendlies, Rhys and I felt he was the right type of player and person to bring to the club. and we thank Bradford for supporting this.

“Brad is a strong ball carrier and is effective in the contact area, but as with every young player he has areas to develop in his game which we feel can be achieved in our performance environment.

“He will definitely add a different dynamic to our pack and will be challenging our current middle unit for a position in this team.”

A product of the Bulls academy, Ho became a regular standout performer for the Under 18’s and reserves side as he made his way through the system at Odsal.

His impressive performances at reserve grade level caught the eye of John Kear, who awarded the young forward with a first team contract ahead of the 2020 season.

Despite the pandemic curtailing that season, he had firmly made a mark and Kear would reward the 21-year-old with a new contract ahead of the last campaign.

After featuring in the Joe Phillips Memorial Trophy victory over the Cougars, first-team opportunities would be limited and Bradley would move into League 1 and join the Coventry Bears, now known as Midlands Hurricanes, on a season-long loan.

During his year at the Butts Park Arena, Ho would impress as the Bears pushed for a play-off place, which included two man of the match performances against the Cougars, catching the eye of Head Coach Rhys Lovegrove.

His performances for Coventry would see Bradford opt to recall the prop from his loan early and hand him his competitive debut in his hometown club’s colours in the August victory over the Swinton Lions.

With his stock continuing to rise at Odsal, Bradley was awarded a new two-year contract until the end of the 2023 season.

However, his need for gametime promoted the Bulls to again send him out on loan. This time just down the bypass here to Keighley.

As a part of the deal that has allowed Bradley to join the Cougars, the two clubs have agreed a reserves dual-registration agreement that will allow Keighley players requiring gametime an opportunity to play for Bradford in the Reserves Championship.

Bradley has been allocated the number 32 jersey for the forthcoming campaign and is kindly sponsored by Bernadette & Marilyn.