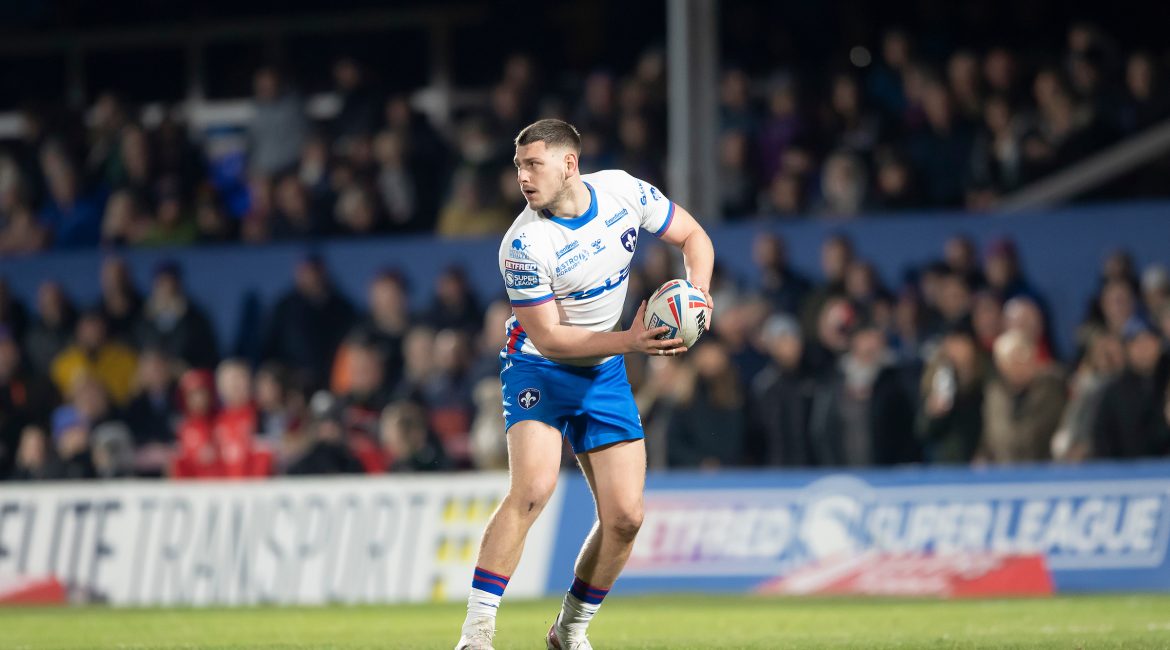 KEIGHLEY Cougars are today excited to announce the arrival of Brad Walker.

The Cumbrian born loose forward, who can also play at nine or in the halves, signs for the club on a two-year deal following his departure from Betfred Super League outfit Wakefield Trinity.

Departing Belle Vue following a tough couple of years since the sports return following the pandemic, Brad’s arrival at Cougar Park is another sign of intent by Head Coach Rhys Lovegrove and Head of Rugby Andrew Henderson.

For the club’s third new recruit for next season though, it is about enjoying Rugby League once more whilst achieving a goal of returning to the top level.

“For me it is about starting to enjoy my rugby again,” admitted Walker.

“When I spoke with Rhys and Hendo about their plans for me and the club over the next few years, I was attracted straight away.

“I’ve heard nothing but good things about Keighley for the players there now and people that have been there at the club before.

“I’m here to challenge at the top end of the Championship and help with the clubs aspirations to get into the Super League.

“I can’t wait to get started and meet everyone.”

Henderson added: “We are very happy to have secured Brad’s services.

“He is a skilful and talented player with Super League pedigree and brings genuine quality in the loose forward position.

“Knowing how Rhys wants to play, I identified Brad as a direct replacement for Scott Murrell as I believe he fits that mould of a ball playing loose forward with skill.

“Unfortunately for Brad in recent years at Wakefield he has been used more as a utility player covering a number of positions which is great and beneficial to us that he can play several positions.

“But we have brought him here to play and develop further in that loose forward role.

“I am looking forward to watching Brad develop further under Rhys and our coaching team as I feel has the potential to progress further as a player here in the future.

“We welcome Brad and his partner to the club and look forward to what he will bring to the team.”

Born and raised in Barrow, Brad began his Rugby League career in the community game as he developed through the junior set-up at the Askam club.

Whilst doing so, the young Walker was spotted by the Widnes Vikings who acted quickly to secure his services for their scholarship and academy ranks.

Relocating to Cheshire, the versatile forward would continue to impress as he came through the academy system and would gain international honours with the England academy.

Signed to a professional deal ahead of the 2016 season, he would make his professional debut in that same year for the Vikings in a Super League fixture against the Castleford Tigers.

After some impressive displays, Brad was rewarded with a new three-year deal for the 2018 season, during which he had a loan spell with the North Wales Crusaders, but was unable to help prevent his parent club being relegated from the Super League.

Financial difficulties followed in 2019, but he remained loyal to the club and helped them to that years 1895 Cup final where the side would be defeated at Wembley by the Sheffield Eagles.

With Widnes moving part-time they accepted Walker’s request to be released early from his contract to take up an offer in the Super League from Wakefield Trinity.

Trinity would loan the forward to Newcastle Thunder, but a combination of injury and the pandemic would bring his temporary move to a screeching halt.

Returning to West Yorkshire, Brad would make three appearances during the Covid restart in late-2020 and from there featured a further 13 times the following year.

However, his time at Wakefield would see him regularly in and out of the side and he would only make 9 appearances during a personally frustrating 2022 season.

Released following the end of his contract, the Cougars hierarchy moved quickly to secure one of their top targets in Walker and both he and his new club will be looking forward to seeing him in regular action for the next two years.