Steady Signs On For Another Year 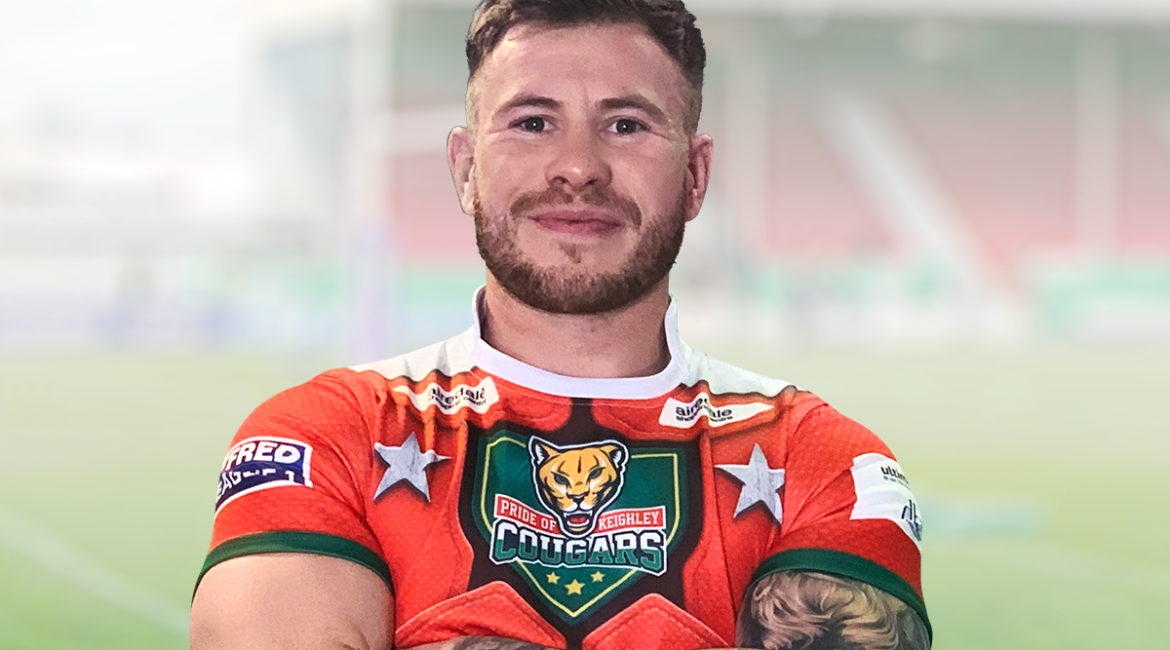 KEIGHLEY Cougars are happy this afternoon to announce that Ben Stead has agreed a new deal with the club.

The half-back has put pen to paper on a 12-month extension with the Cougars that will keep Ben at Cougar Park until the end of the 2021 season.

A product of the old Cougars Cubs and scholarship programmes, ‘Steady’ returned to the club for a second spell ahead of this year following a four-year spell away from his hometown.

During his time away from the club, Ben featured for a number of the divisions expansion clubs and spent time with the All Golds, Coventry Bears, Hemel Stags, and North Wales Crusaders before returning to West Yorkshire.

After coming through the scholarship programme, Stead stepped up into the reserve grade ahead of the 2011 season and earned a first-team contract for the 2013 season, a reward for his performances.

He would then go on to make his debut for the club in 2013, putting in a Man of the Match performance against Leigh, but would only make one further appearance before departing in the 2014 Challenge Cup Quarter Final defeat to Widnes.

Departing the club following the conclusion of the 2015 season, Ben went on to make his mark with the division’s expansion clubs with his patented kicking game and scoots out of dummy half.

Stead also made himself a regular as being a regular on the international stage with the England Students side whilst continuing his development through both the semi-professional and student game outside of the heartlands.

Ben then caught they eye of Head Coach Rhys Lovegrove during the two meetings between Cougars and the Crusaders in 2019, prompting Rhys to act fact to bring him home to Cougar Park.

Lovegrove said: “Ben was a new signing for the club last season, but unfortunately due to the season being added because of COVID-19 we didn’t get to see too much of what he offers the side.

“He offers me, and the team, a superb amount of versatility as he has the ability to play in the halves, but also at hooker or at full-back if required.

“Steady is the ultimate professional both on and off the field and I’m excited to see him rise to the challenge that the 2021 season will present him.”

Stead added: “After a long layoff without Rugby League, it’s very exciting to have extended my contract into 2021 with Keighley.

“The work Rhys has put into improving the squad, and our style of play, is a big reason for me to stay. As well as representing my hometown club!

“With a strong pre-season as a group, I think we can set our expectations high for a big season in 2021.”