Ben Crooks To Join The Pride 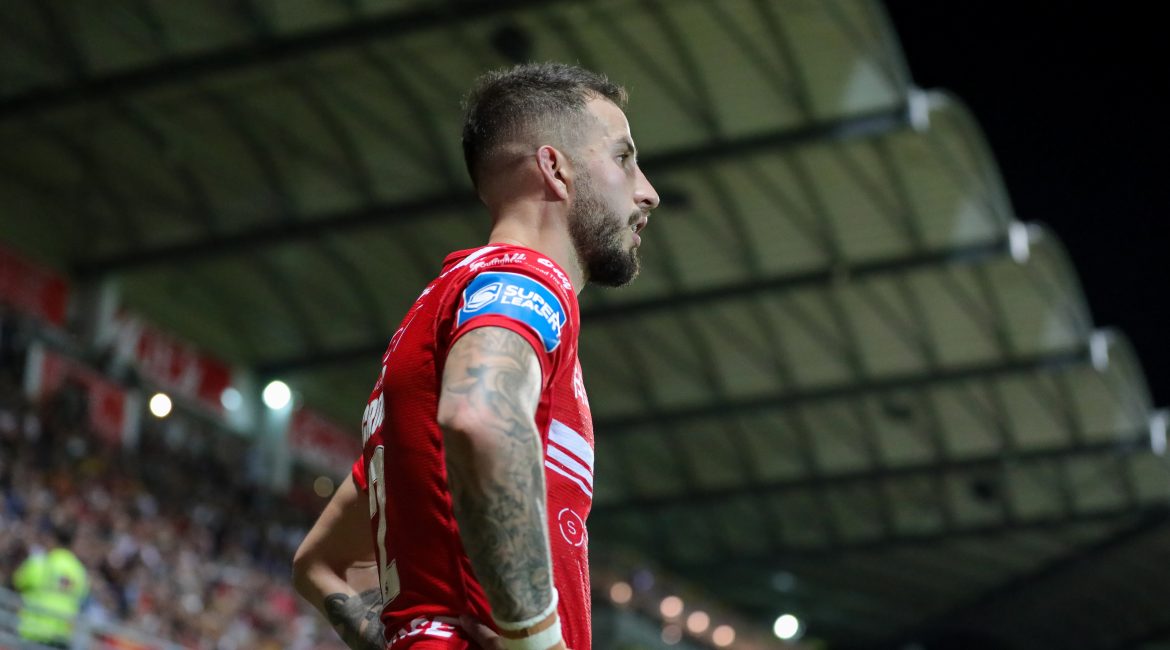 KEIGHLEY Cougars are today delighted to announce the arrival of Ben Crooks.

The experienced outside back, who can play either on the wing or in the centres, brings with him a wealth of experience at the highest level, signing for the club on a two-year deal from Betfred Super League outfit Hull Kingston Rovers.

Making the move from Craven Park following a four and a half year stay with the Robins, his arrival is another statement of intent by the Cougars ahead of our return to the second tier.

But it was the ambition of the club, and the opportunity to take a senior role within the playing group, that attracted Ben to Cougar Park.

“I joined Keighley because they are an ambitious club on the rise,” admitted Crooks.

“I know a couple of the players already who all say nothing but good things about the place.

“After speaking with Rhys and Hendo, I got really excited at the prospect of being a part of what they are wanting to build at the club.

“I’m looking forward to the challenge of playing a more senior role in a predominantly youthful side as well as playing the best Rugby League I can to add on to what was a very successful 2022 for the club.

“And the way we do that as a collective group is to be competitive in the Championship in 2023.

“I feel I’ve still got a lot of years of quality Rugby League left in me, so hopefully I can do that here at Keighley.”

“He has established himself as a quality Super League player during his career, who at 29 years of age could still be playing at the highest level.

“With a few of our older heads retiring or leaving the club, it was important we brought a player of Ben’s quality and experience to balance out our squad.

“He is a proven try scorer but also isn’t afraid to do the tough work needed out of back field.

“From what I’ve seen of Ben, I admire the way he competes, which will fit well here in this team.

“Ben is looking forward to the challenge of playing in this competition and adding value to the playing group both as a player and as a role model to our younger players.

“We are very excited to have secured his services and look forward to seeing him in action for the Cougars.

“As always we extend a warm welcome to Ben and his family to Keighley.”

A product of the Hull FC academy system, Ben made his first team debut for the Airlie Birds during the 2012 season in a loss to the Wigan Warriors.

2013 would be a real breakthrough year for the back as he formed a deadly partnership that saw him help the club to the Challenge Cup Final whilst he personally made the Super League Dream Team and named the Super League’s Young Player of the Year.

The following year would be his last in black and white though, as he made a further 12 appearances either side of a loan spell with Doncaster before moving to Australia and signing with the Parramatta Eels in the NRL.

Spending most of his year in Australia playing reserve grade with the Wentworthville Magpies and returned to the northern hemisphere with the Castleford Tigers.

Despite being a regular at The Jungle, Crooks would again move to pastures new after just one season to sign with the Leigh Centurions following their promotion to Super League.

Unable to help prevent the club making an immediate return to the second tier, he stayed with the club in the Championship before making a loan move late into the 2018 season to Hull Kingston Rovers.

After a sensational debut in the Hull Derby, the move would be made permanent ahead of 2019 after Leigh failed to gain promotion back to the topflight.

During his time with the Robins, Ben would make Super League history and, in the process, cement himself a place in the Guinness World Records with a try just 7 seconds into a 2021 season home victory against the Huddersfield Giants.

That season would be his most memorable with the Rovers, making 17 appearances and helping the club get within 80 minutes of a Grand Final before defeat in the semi-final away at the Catalans Dragons.

However, this past season would prove to be Crooks last in east Hull as he was announced as one of 11 players to depart the club back in August.