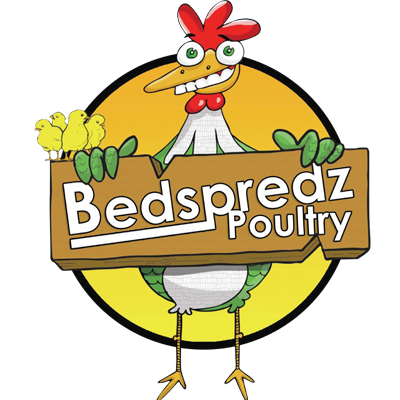 Replacing Acorn Stairlifts ahead of the 2023 season, the Castleford based company will become the title sponsors of the Cougars with their branding to be emblazoned across our playing jersey as well as several other outlets for the next two seasons.

Paul and Emma Fraiser, the directors of Bedspredz Poultry, have been involved with the club over the past three seasons.

Sponsoring our 2021 off-field range and Jake Webster’s Testimonial Year this past season, they have also been a player sponsor during the last seasons and are now looking to take their relationship with the club to the next level.

And as a part of this, Paul Fraiser will also be joining the club in the newly created role of Vice-President that will see him work alongside the club’s board.

Speaking of the decision to become the main club sponsor, Paul Fraiser said: “I am very close friends with Jake Webster, who I met during his time playing with the Castleford Tigers.

“Me and Jake have become very close friends since he was one of the Castleford players sent by the Fulton family to help place chicks a number of years ago.

“When he made the move to Keighley, he asked me to come over and watch a game.

“The way Keighley is run as a club and the inclusiveness, from the owners right down to the cleaners, was great to see and the club continued to grow on me with every game that I attended.

“We then sponsored a couple of players and the off-field range whilst seeing the business and the team continue to do well.

“We thought on the back of this that we would like to help the club more in order to allow it to continue to achieve its goals.

“We offered what we could for the next two seasons and are now very excited to be on board as the club’s title sponsors.”

Keighley Cougars Chief Executive and co-owner Ryan O’Neill added: “I am delighted to welcome Paul, Emma, and Bedspredz Poultry, to the Cougars family.

“The passion that they possess for our club and Rugby League made it a no brainer for ourselves to welcome them as our title partners.

“They have bought into the inclusive ethos of our club and will no doubt quickly become a part of the fabric of the club and the town.

“And that is why myself and Kaue have given Paul the role of vice president so he can further make an impact and impression on our great club.

“We look forward to a happy and hopefully successful partnership both on and off the field.”

Bedspredz Poultry first started 15 years ago when Paul Fraiser designed and made a machine to spread shavings in sheds across the country for the arrival of new chicks.

This made Bedspredz the first company to do so as previously the spreading of shavings was all done by hand with the use of bales.

The device would allow bulk shavings to be spread without all the plastic involved with bales.

Ten years ago, one of the farms cared for by the company was located in Garforth and owned by Ian Fulton who asked if the Fraiser’s would consider renting the farm and growing birds.

The site needed a full overhaul of seven sheds with Paul and Emma doing so shortly after.

This would lead to an offer for all contracts with the bedding company which Paul took to spend more time at the farm and with family.

The company now own 7 sheds with 26,500 birds in each which are on an eight-week cycle.

Everyone here at the Keighley Cougars would like to thank Paul and Emma, and the rest of the team at Bedspredz Poultry, for their support and sponsorship of the club and look forward to welcoming them to Cougar Park next season in the Betfred Championship.