Anthony Dyne To #JoinThePride For 2022 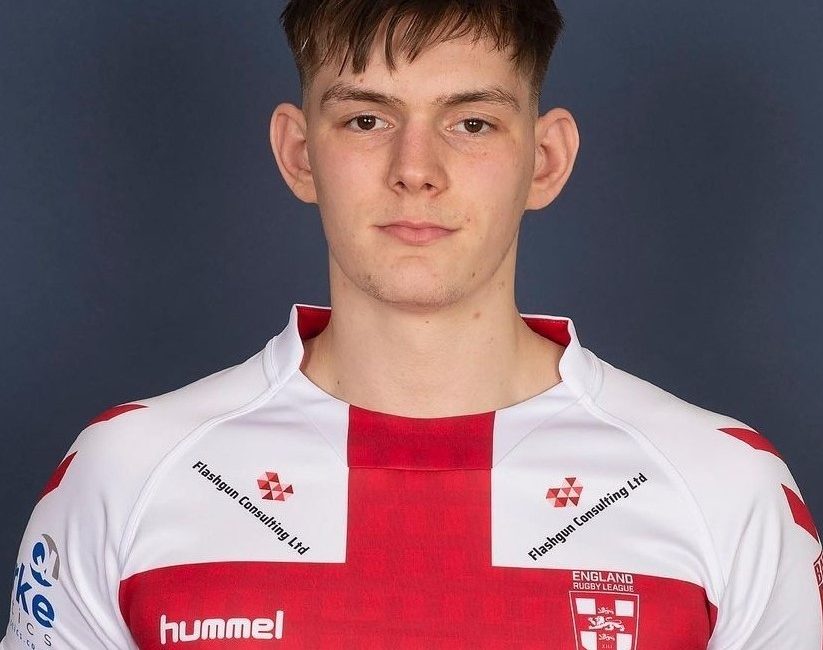 KEIGHLEY Cougars are today delighted to announce the signing of Anthony Dyne.

Dyne becomes our seventh new face for the 2022 season, signing a one-year deal following a spell in France with the Montpellier Sharks.

His contract with the Cougars not only sees Anthony join the club but will also see him relocate to the town and work within the Cougars Foundation’s school’s programme.

And the winger, who stands at an impressive 6’5 and weighs 100kg, is looking forward to life in his new home both on and off the field.

“It was an easy decision for me to sign with Keighley this season,” admitted Dyne.

“It was clear from speaking with Rhys Lovegrove and Andrew Henderson that the club had high expectations of success for the season with promotion to the Championship, and I wanted to be a part of that.

“After playing most of my Rugby League at Newcastle Thunder and Northumbria University, I am looking forward to starting a new challenge and a new chapter in my career down at Cougar Park.

“I have already been made to feel at home at Keighley.

“The squad has a great energy about it with a mix of young talent and some great experienced players.

“It’s a very exciting time to be involved with the club as the players, coaches, and staff behind the scenes are all of the highest quality.

“I am looking forward to being a part of the squad and doing whatever I can to help us reach our goal of promotion.”

Born in Middlesbrough, Anthony would be introduced to the sport at a young as he came through the ranks at the Peterlee Pumas community club.

Playing for both the Pumas and at school in Middlesbrough, the outside back would be picked up at Under-15’s level for the scholarship and academy set-up at the Newcastle Thunder.

Featuring regularly for the Thunder at youth level, he would be given a first-team opportunity in pre-season friendlies ahead of the 2019 Betfred League 1 season.

Whilst he would not break into the first-team fold, Dyne continued to feature regularly at both reserves and academy level and quickly developed a reputation for the spectacular as a playmaking try scorer.

His ability to finish in the corner from tight angles and under immense defensive pressure brought with it plaudits and a comparison with Wakefield Trinity and England winger Tom Johnstone.

Anthony also would catch the eye in the students’ game as he continued his studies away from the sport at Northumbria University between 2018 and 2020.

His performances for the successful Rugby League side at the University would bring with it international recognition as Dyne earned himself a selection for the England Universities side.

However, the Covid-19 pandemic would force the cancellations to competitions for the 2020 season and following the seasons planned end date, he would depart Kingston Park.

Anthony then headed across the channel to sign with the Montpellier Sharks in the French Elite Championship competition but his spell in France would be brief with the winger returning home to join the Cougars for the forthcoming year.