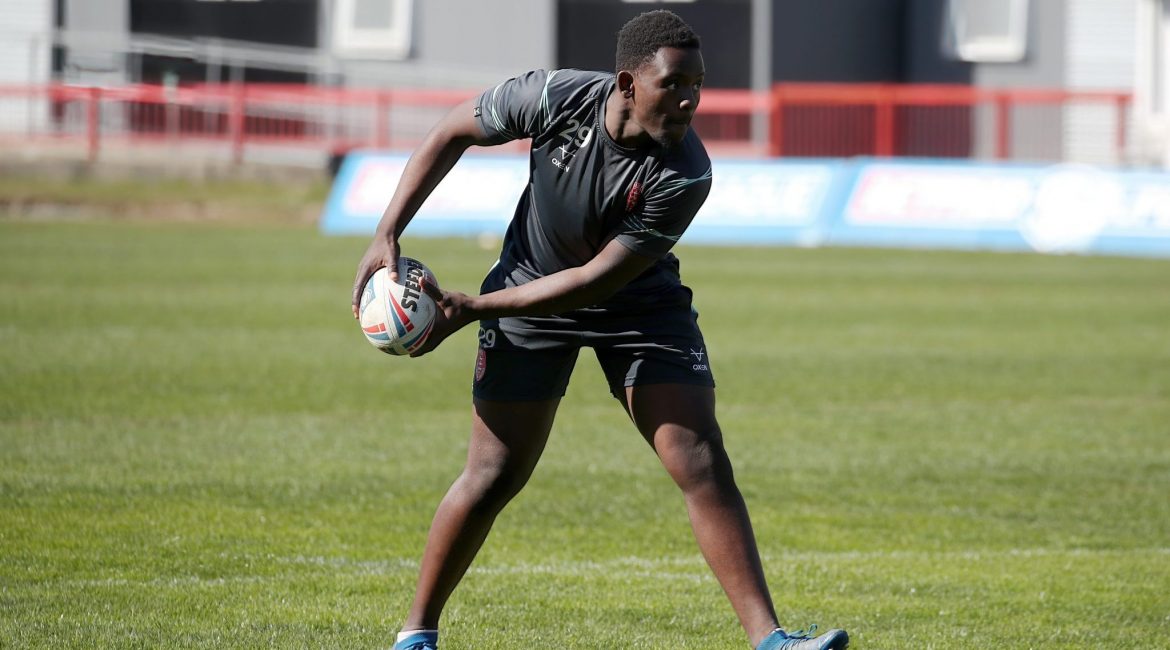 KEIGHLEY Cougars are today delighted to announce the signing of Anesu Mudoti.

The 20-year-old joins the club on a two-year deal following his departure from Betfred Super League outfit Hull Kingston Rovers.

And the Zimbabwean born prop says it was an easy decision to make Cougar Park his new home until the end of the 2023 season.

“It was a no brainer really to sign with Keighley,” admitted Mudoti.

“I’m really excited about the plans the club has for the next couple of years and I want to be part of that.

“I’m excited to see what Rhys is like as a coach this year and see where he is going to take us a team.

“And hopefully that will be promotion to the Championship.”

Produced through the academy system at the Bradford Bulls, Anesu impressed for the Under-19’s side at Odsal and was rewarded in 2017 with the club’s Under-16 player of the year award.

With the Bulls hitting financial troubles following the conclusion of the 2019 season, he was one of five players sold to Hull Kingston Rovers for a substantial fee to help ease the financial burden on the club.

Life at Craven Park began brightly for Mudoti as he made a serious impression for the club’s reserves side, scoring a memorable try on his debut.

However, a combination of a long-term leg injury and the Covid pandemic would bring his 2020 season to an end shortly after.

The 2021 season would see the young forward move to Doncaster on a season-long loan.

His debut for the Dons in late May would see Anesu take to the field for the first time in 14 months and help his new teammates to victory over the Rochdale Hornets.

He would only make a handful more appearances for the South Yorkshire club as they just missed out on promotion to the Championship at the conclusion of the past season.

With his contract being mutually terminated upon his return to the Rovers, Head Coach Rhys Lovegrove and Head of Rugby Andrew Henderson moved quickly to secure Mudoti’s services for the Cougars as they continue to build for the future.