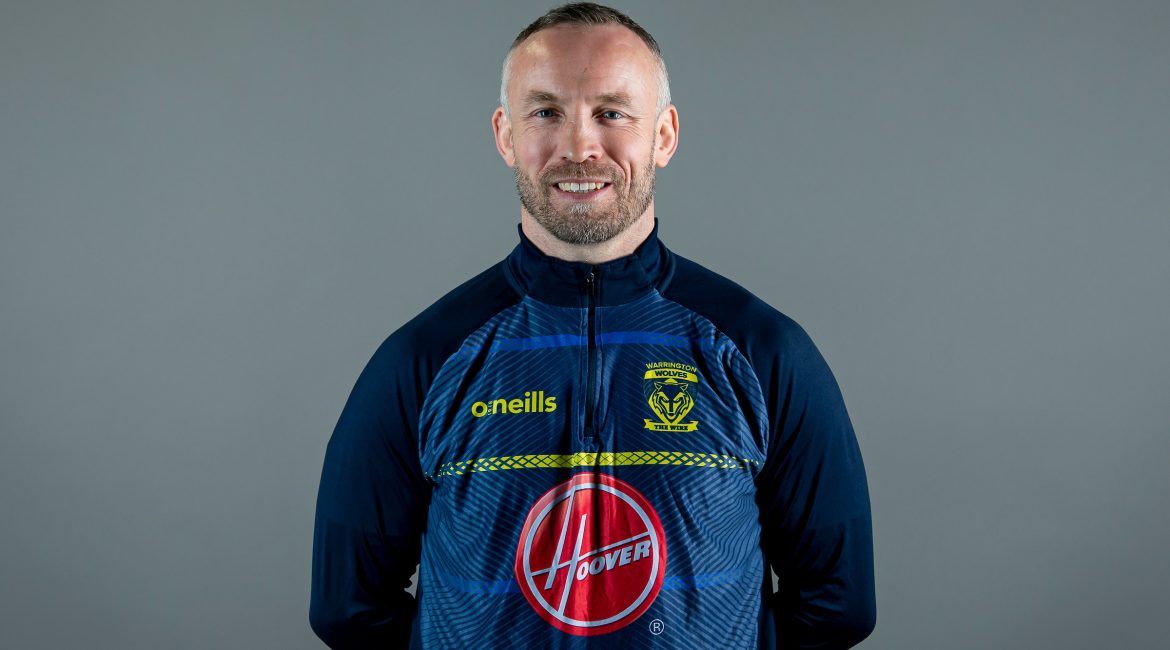 Keighley Cougars are this evening delighted to announce the appointment of Andrew Henderson as Head of Rugby.

Andrew joins the club in the latest chapter of a storied post playing career in the sport of Rugby League after spells as first the Head Coach of the London Broncos and then Assistant Coach of the Warrington Wolves.

He arrives at Cougar Park on a permanent basis following a stint in an advisory role bringing with him one of the highest reputations within our sport and a vast wealth of knowledge.

He will be heavily involved in the day-to-day running of the club by assisting Lovegrove in player recruitment, retention, and development, whilst also helping Lisa with the commercial and community aspects of the club.

Speaking about his decision to join the Cougars, Henderson said: “I’m delighted to be joining a club that is ambitious and looking to develop such as Keighley.

“My main focus as Head of Rugby will be to oversee the Rugby League department of the club.

“I will be working very closely with the Head Coach Rhys Lovegrove in regards to recruitment and retention of the playing squad and I will certainly be there to advise, guide, and sometimes challenge him on those decisions.

“My role will also involve overseeing the performance department and putting infrastructures and systems in place to improve how we operate as well as supporting the players individually and helping to develop the coaches we have at a club.

“The Rugby department will be the main focus of my role, but I will also be on hand to assist the club in other areas such as the community side and commercially.

“I’m very excited to get started and massively looking forward to the year ahead when hopefully we will achieve something very special in the 2022 season.”

Beginning his coaching career in 2013, on the back of a 15-year playing career that saw the hooker make over 400 appearances for seven different clubs and Scotland, Andrew would make an immediate impact winning the Conference League South with the Sheffield Hallam Eagles.

Henderson would then take the London Broncos job in March of 2015 following a short stint as Assistant Coach to predecessor Joe Grima.

Taking over a team which included the now Cougars Head Coach, he steadied the side following a slow start to the season and guided them to the semi-finals of the Championship Shield.

The following two seasons would see Andrew develop into one of the most highly rated young coaches in the sport, guiding London to consecutive second place finishes and winning the Championship Coach of the Year award in 2017.

And his award-winning season in Ealing would see him earn a move north to the Warrington Wolves, becoming Assistant Coach to the newly appointed Steve Price.

During his four seasons at the Halliwell Jones Stadium, the Wolves would lift the Challenge Cup, defeating St Helens at Wembley, in 2019 on the back of a Super League Grand Final defeat to Wigan in 2018.

With his time at Warrington coming to an end at the conclusion of the 2021 season, the back end of the campaign would see Andrew become a trusted ally of Rhys Lovegrove in an advisory role to the Cougars Head Coach before accepting the offer to make Cougar Park his permanent home as Head of Rugby for the 2022 season.