Hendo To Stay With The Pride Until 2024 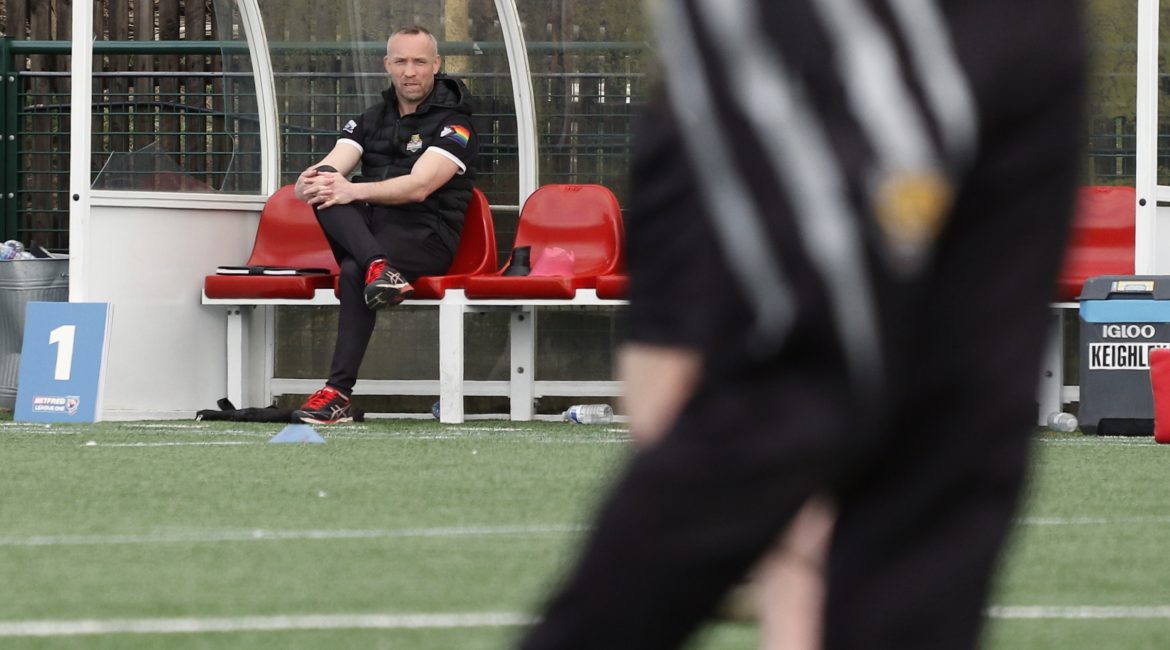 Keighley Cougars are today delighted to announce that Head of Rugby Andrew Henderson has signed a new two-year deal with the club.

The new deal means Henderson, who joined the club prior to this season, will remain at Cougar Park until the conclusion of the 2024 season.

And in the process puts an end to speculation in the media linking him with coaching roles currently available in the Championship.

Speaking of his new deal, Andrew said: “I am very pleased to have committed my future to the Keighley Cougars.

“I am really enjoying the role I hold at the club which allows me to influence and shape how we operate as a performance department to give us the best chance of progression as a team and an organisation.

“I am driven to continue to help our players, staff and the club develop to progress to the next level.

I have seen so much growth in such a short space of time, in both the playing group and coaching team, which excites me.

“Good progress has also been made in the development of the performance department and infrastructure within the club, including our ETP performance pathways being launched recently.

“But full credit to all those players and staff who are working well together and have bought in to what we are trying to build and achieve.

“It is certainly an exciting time to be at Keighley with the club moving in the right direction both on and off the field.

“We have a brilliant fanbase that continues to grow, a committed playing squad full of great people and players, dedicated and caring staff with very supportive owners, all who share the same ambition and aspirations.

“I would like to personally thank our Managing Director Lisa Gill for facilitating the deal and our owners Mick, Jackie, Ryan and Kaue, who have put their trust in me and provided the support to help progress the team and the performance department.

“I look forward to the challenges ahead in our aim to achieve something special with this group of players and staff in 2022, and the journey thereafter over the next 2 years.”

Since arriving at Keighley, Henderson has overseen a restructuring of the club’s rugby and medical departments that has seen the arrival of key individuals behind the scenes such as Chris Black as Head of Performance.

He also assisted Head Coach Rhys Lovegrove in the recruitment of players such as Lewis Young and Nathan Roebuck, who have also committed their futures to the club this week, and recent additions in the form of both Dane Chisholm and Toby Everett.

And in what has been dubbed the “Hendo Effect” in some quarters, these different pieces to the puzzle have contributed to a feel-good factor within the club that is reflected in the teams current position in the Betfred League 1 standings.

That is why chairman Mick O’Neill MBE prioritised the retention of Andrew following his recovery from Covid.

“I’m delighted that Andrew has committed his future to the club,” said O’Neill.

“I salute the work of both Andrew and Rhys, who have delivered performances beyond our expectation so far this season.

“His strategy and foresight with players, and advice to Rhys, is second to none.

“It was only natural that Andrew would attract interest from clubs in a higher division, but he shares our vision of not only being on their level but also surpassing these clubs once in the Championship.

“I look forward to continuing working with Andrew for the next two years as we continue to look to get both the club and the town to where it belongs.”