Alix Stephenson To Stay With The Pride 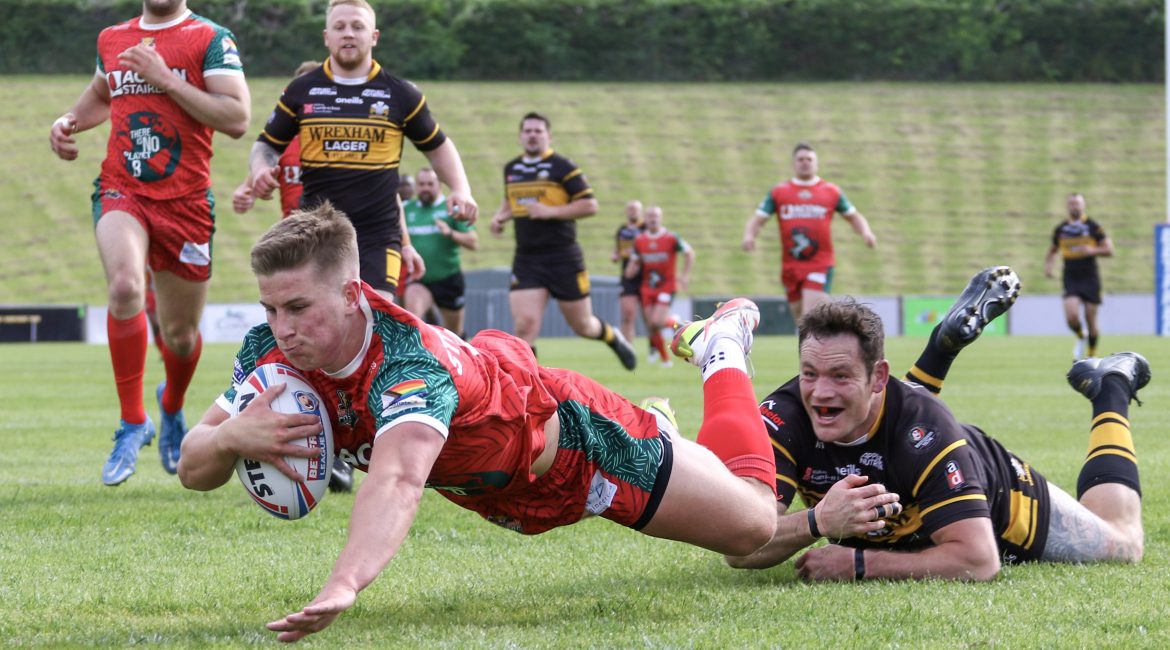 Keighley Cougars are this evening delighted to announce that Alix Stephenson has signed a new deal with the club.

The third-generation player has agreed a new two-year deal that will keep him at Cougar Park until the end of the 2024 season.

And fresh of a superb two-try display at the weekend against the Midlands Hurricanes, Head of Rugby Andrew Henderson is delighted to retain the services of the versatile Stephenson.

“Alix is an exciting young local talent who has done a fantastic job this season playing in a number of positions for the team,” said Henderson.

“His versatility and utility value are a great asset to the squad.

“Alix is a player we feel can progress and develop further within our performance environment and I believe has the attributes to play at the next level.

“He is a pleasure to have around the organisation and we are pleased to secure one of our own.

“He is a local player with hopefully a bright future ahead of him in the game.”

Alix added: “I’m very grateful to have signed with Keighley for the next two years.

“I’ve thoroughly enjoyed my two seasons here so far and can’t wait to see how we can progress further as a club over the next two years.”

Joining the club in December 2020 from the Bradford Bulls following a successful trial period, ‘Stevo’ would become the third generation of his family to don the Keighley jersey.

Following in the footsteps of Grandad John, Father Andy, and Uncle Phil, Alix would unfortunately suffer a broken leg on his debut for the club against the Bulls in the Joe Phillips Memorial Trophy.

Despite this setback, his rehabilitation and recovery showed the heart brought to the cause by the versatile back and he returned in August of that year to debut in a victory away at the West Wales Raiders.

Quickly cementing himself as a regular in Rhys Lovegrove’s squad, Stephenson would become a key part of the side that heartbreakingly came up short in the play-offs.

Undeterred, Alix signed a new deal for the 2022 season has to date been one of many important figures in the Cougars sensational season.

Whether he plays on the wing, in the halves, or at full-back, the latest name to be associated with the Cougars and Stephenson families love affair has contributed 8 tries in his 13 appearances so far this year.

And his performances on the pitch, and enthusiasm off it, has now promoted Lovegrove and Henderson to tie Alix down for another two years in the hope he can continue to establish his own legacy at Cougar Park.