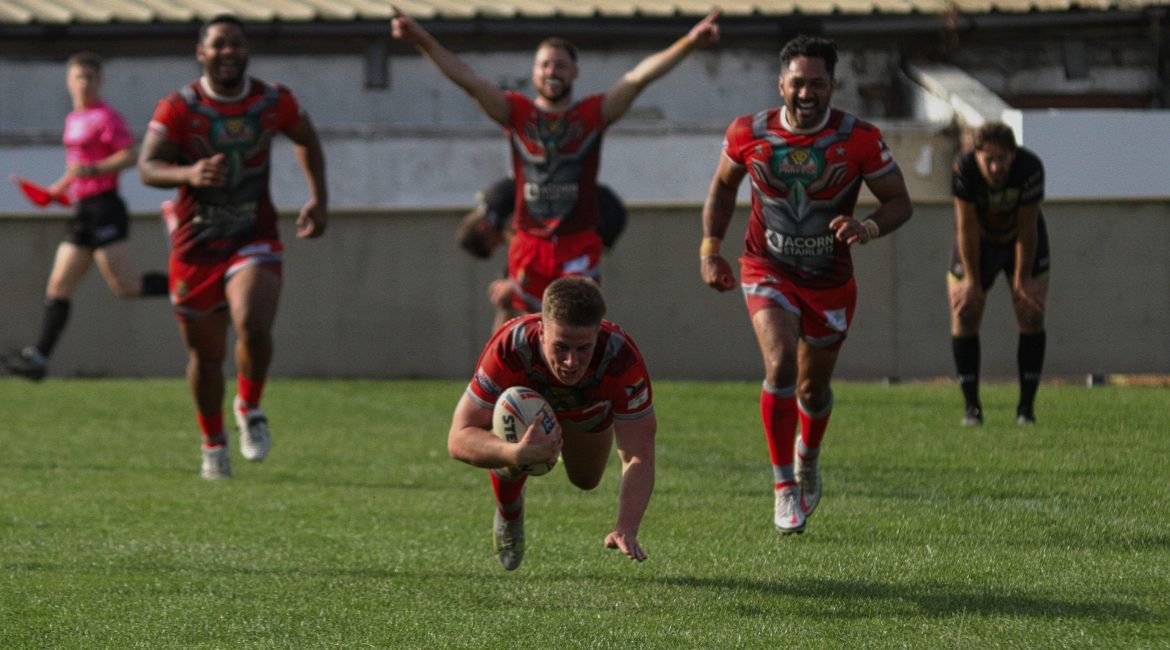 KEIGHLEY Cougars are today delighted to announce that Alix Stephenson has extend his stay at the club.

Stephenson, who became a regular in the side towards the end of the season after recovering from injury, has signed a new one-year deal until the end of 2022.

“I’m delighted to have re-signed with Keighley,” admitted the utility back.

“Every game I’ve played and been involved in so far, the fans have been amazing which makes me feel at home.

“It’s a great set of players to be around and I think we all have the belief that we can do something special this year.

“Having Rhys as a Head Coach, I feel that I’m improving in every session, and I can’t wait to get back playing next season.”

Joining the club ahead of 2021 from the Bradford Bulls following a successful trial during pre-season, Alix became the third generation of his family to pull on a Keighley jersey.

Following in the footsteps of his grandfather John, father Andy, and uncle Phil, life at Cougar Park got off to a nightmare start as he suffered a broken leg in March’s defeat to former club Bradford in the Joe Phillips Memorial Trophy.

However, the newest name in the Stephenson family legacy returned from injury quicker than expected in August.

And it was fitting that he would make his debut for the club in that month’s away victory against the West Wales Raiders, the same day that James ‘Buster’ Feather broke the club appearance record held by his late Uncle.

Alix then made a name for himself in his first outing at Cougar Park, blowing the roof the ground with his sensational solo effort in September’s comeback victory over the North Wales Crusaders that sealed a place in the end of season play-offs.

He would finish the 2021 season with a that try against the Crusaders being the only four pointer he scored in his six appearances.