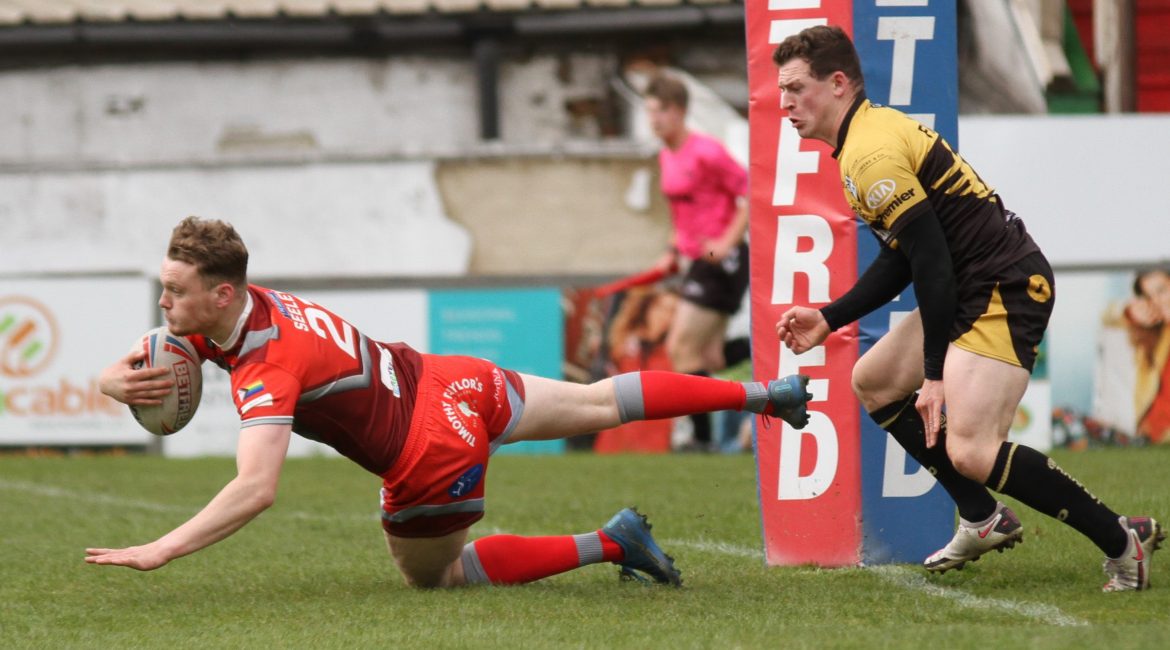 KEIGHLEY Cougars have today granted Alfie Seeley’s request to be released from the remainder of his contract.

Alfie has asked to be released from the remainder of his contract with the club on compassionate grounds to spend more time with his family, and the club has been happy to grant this request.

Re-joining the club during the 2018 season following spells with Keighley Albion and Keighley Rugby Union, Seeley made an immediate impact with a try-scoring debut against the Newcastle Thunder at Cougar Park.

Over the course of the next three years, he would go on to make 29 appearances for the club in which time he scored tries.

The most memorable of those tries would come in the 2019 Challenge Cup against the Bradford Bulls, when Seeley would send Cougar Park into raptures after plucking the ball out of the air ahead of Ethan Ryan before scoring in front of the Terry Hollindrake Stand.

The Cougars would like to thank Alfie for all his time and services to the club and we wish him the very best in all his future endeavours.

You will always be welcome at Cougar Park, Alf!