Aaron Levy To Stay With The Pride 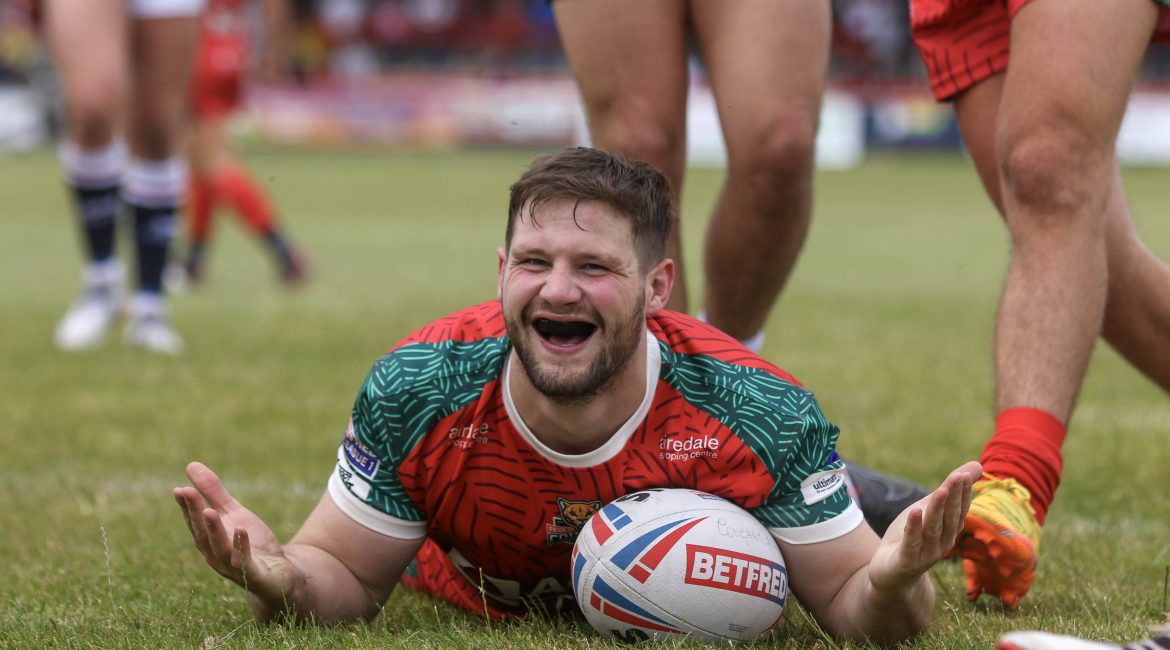 KEIGHLEY Cougars are today delighted to announce that Aaron Levy has agreed a new contract with the club.

And it is a retention that fits the culture of the club according to Head of Rugby Andrew Henderson.

“Aaron has been a mainstay within the team playing both in the middle and on the edge this season,” said Henderson.

“I believe he has delivered a good level of consistency in his performances wherever he has played.

“His performances have been reflective of his attitude and commitment to the training programme and his teammates.

“As I have said previously, it is important to retain and reward our current players who have performed well and fit our culture.

“I’m excited to see how Aaron progresses next season with us.”

“As soon as Hendo and Rhys said they wanted me back for next year I had no doubt that I wanted to be here,” added Levy.

“This place is building something special and I’m excited to be a part of that.

“I feel like I’ve gone well so far this year, so it is nice to see the rewards.

“With that being said, I’m ready to continue working hard to secure a spot as the competition is only ever going to increase.

“The culture of the club is one of the biggest reasons I wanted to stay, we’ve built a strong culture of working hard but enjoying ourselves and it is infectious to be around.

“The lads are all fantastic which is what has made this year so special.

“We’ve got a lot of different personalities, but everyone is accepted, and I think that has reflected in how hard we work for each other on the field.”

Joining the club in December 2012 at the age of 16, Aaron would quickly establish himself as a regular in the reserves side.

Becoming the captain of the second team, he would bide his time as he awaited a first-team debut.

That chance would come in unfortunate circumstances as the club’s financial crisis of 2018 saw Levy fast-tracked into the first team.

Marking his debut with a Man of the Match performance against Hemel Stags, Levy never looked back and firmly established himself as a regular in the first team set-up, impressing with his no-nonsense attitude and tackling ability.

Cleaning up the reserves section of the 2018 end of season awards, he continued to impress under a new Head Coach Rhys Lovegrove in 2019 after his loyalty to the club in the dark times was rewarded following the return of the O’Neill family to the club.

Originally starting in the backrow, Aaron moved to the loose forward position and averaged 41 tackles a game during a phenomenal personal year as he continued to establish himself as one of the division’s top young forwards.

A true unsung hero of the current Cougars side, his versatility saw him move into the back row and then the front row following the return of Rugby League after the pandemic.

Levy has continued to impress despite regularly going under the radar with his commitment to the culture of the club both on and off the field now earning him a new deal.