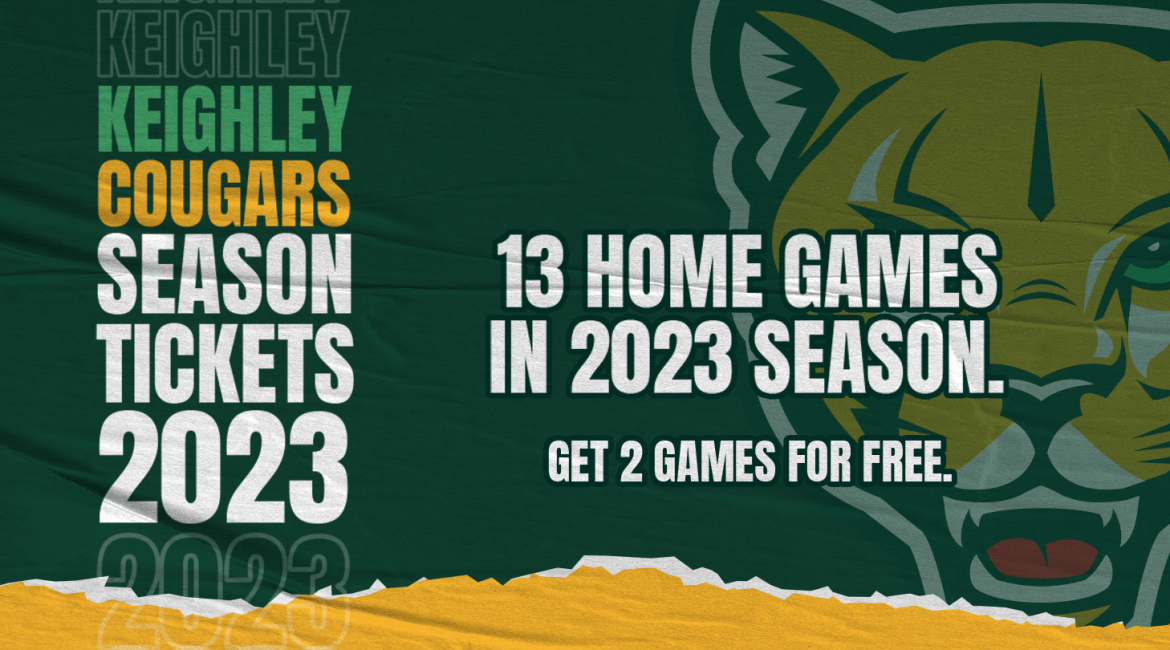 KEIGHLEY Cougars can today announce the launch of our ‘K-Town And Proud’ 2023 season tickets.

Following promotion last season, the club will return to the Betfred Championship for the first time since the 2014 campaign next year.

After several conversations, emails, and messages, from supporters since the conclusion of our Invincibles year, the O’Neill family have again decided to take on board feedback from the fans and issue the return of season tickets.

You can purchase your 2023 season tickets NOW by clicking HERE

Season tickets are priced at £165 for Adults and £143 for Concessions.

Keighley RLFC Life Members who are entitled to a complementary pass to fixtures are advised to call 01535 606044 and ask for Hazel Stevens or email josh@cougarmania.co.uk to claim their life members passes for next season.

Under 16’s going FREE of charge with the club to issue passes over the winter months to local schools and community clubs.

This means as a thank you for your magnificent support these past four seasons, not only have we frozen matchday admission prices on the turnstiles, but we will also be giving you all 13 Championship home fixtures for the price of 11 if you purchase a season ticket.

That means two home fixtures for FREE on us as a thank you for backing your club!

Purchasing a season ticket for next season will also come with many perks and privileges for holders, these will include:

On top of these, season ticket holders will also become members of the soon to be launched ‘Club Cougar’ initiative.

Club Cougar members will be offered exclusive discounts to both local companies and club sponsors.

Club Cougar members will also have access to a private website where members can download limited edition vouchers throughout the season and watch full match replays from our fixtures throughout the 2023 campaign.

At this time, the Danny Jones Stand will remain standing at Cougar Park until the completion of the planning permission process at which time it will be replaced by a temporary covered seated stand.

Season tickets will be available to purchase until our first home fixture in next season’s Betfred Championship before being removed from sale.

Contact the club via telephone on 01535 606044 or email josh@cougarmania.co.uk regarding any enquiries or questions that you may have.