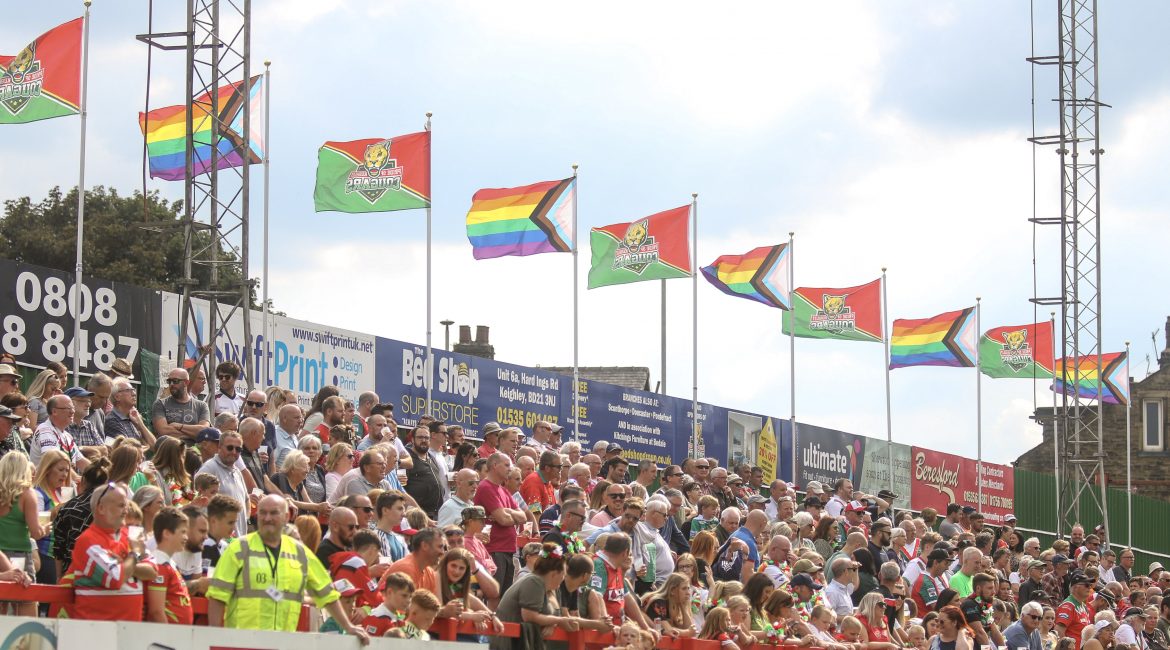 KEIGHLEY Cougars are today delighted to announce we will be FREEZING matchday admission prices for the 2023 season.

Following promotion to the Betfred Championship, the cost of living is set to grip the nation and we here at Cougar Park want to do our part to help supporters not be hit further in the pocket as next year looms ever larger.

As a result, club co-owners Ryan O’Neill and Kaue Garcia have made the decision to freeze matchday admission prices at those the club charged this past year during our Betfred League 1 title winning campaign.

We hope this decision will help continue to grow our impressive gates at home fixtures whilst also helping supporters, both ours and those of our visiting teams next season, to be able to afford attending Rugby League and backing their sides in the 2023 season.

The club can also announce that once again, supporters aged 16 or under will be admitted to home fixtures at Cougar Park FREE of charge.

At this time, the Danny Jones Stand will remain standing at Cougar Park until the completion of the planning permission process at which time it will be replaced by a temporary covered seated stand.

There will be a further announcement next week regarding ticketing arrangements for the 2023 season as we continue to move forward ahead of our return to the second tier after eight years away.