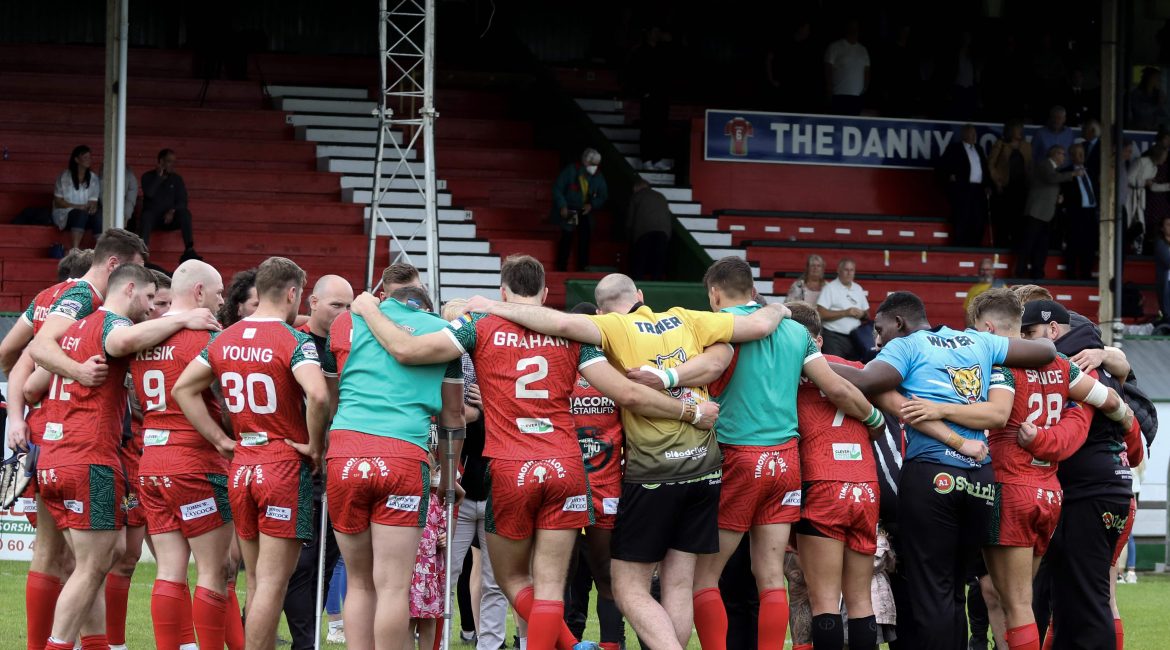 It has been a memorable season for the Keighley Cougars, as they have been promoted as Champions of Betfred League 1.

Over the weekend we will review the season, starting with part one below which is looking back at the first half of the season.

After an early exit in the Challenge Cup and two disappointing pre-season results, it was easy to be sceptical of the Cougars chances in 2022, but they turned round in style with a to date unbeaten season.

On a warm springs afternoon in March, a double from Nathan Roebuck inspired a first-round victory away at Oldham and from there the boys never looked back.

With the toughest beginning of the season, the Cougars look as solid in defence as dangerous as they did in attack.

That was on display in the first home fixture at Cougar Park as a 26-6 home victory over Doncaster continued to lay down a marker.

Fresh of a bye week, Good Friday would provide the highest amount of drama at Easter since Jesus rose from the dead.

Despite the pass appearing forward, a try at the death from Mo Agoro not only sparked his sensational scoring run but also wild scenes with a victory from the jaws of defeat.

The real statement of intent followed a week later as the Cougars put in one of their performances of the season, keeping Swinton Lions to nil on a memorable April afternoon.

Records were broken the following week, a club record home victory of 96-0 blew a spirited London Skolars off the park.

A squad refresh was given by the arrivals of Dane Chisholm and Toby Everett, and it showed as they saw off spoiling tactics and questionable refereeing with an away win against the West Wales Raiders.

Rochdale were seen of next, with the boys taking advantage of the Hornets ill-discipline in the second half to pull away to ease themselves to a 40-18 triumph.

The toughest test of the season to that point would come through the Midlands Hurricanes, who pushed the Cougars to the limit, but a gritty performance got them over the line.

Heading into the halfway stage of the season, Lovegrove and his men were faced with back-to-back away fixtures against the North Wales Crusaders and Cornwall.

A meeting of the two unbeaten league leaders in Colwyn Bay became a one-sided affair as Dane Chisholm inspired the Cougars to the top of the division, a position they have held on with an iron fist ever since.

The halfway stage was marked with an historic first ever meeting with Cornwall in Penryn.

On a day probably best remembered for a try that wasn’t scored in the second half, another comfortable ten try victory would set the side on their way to glory.