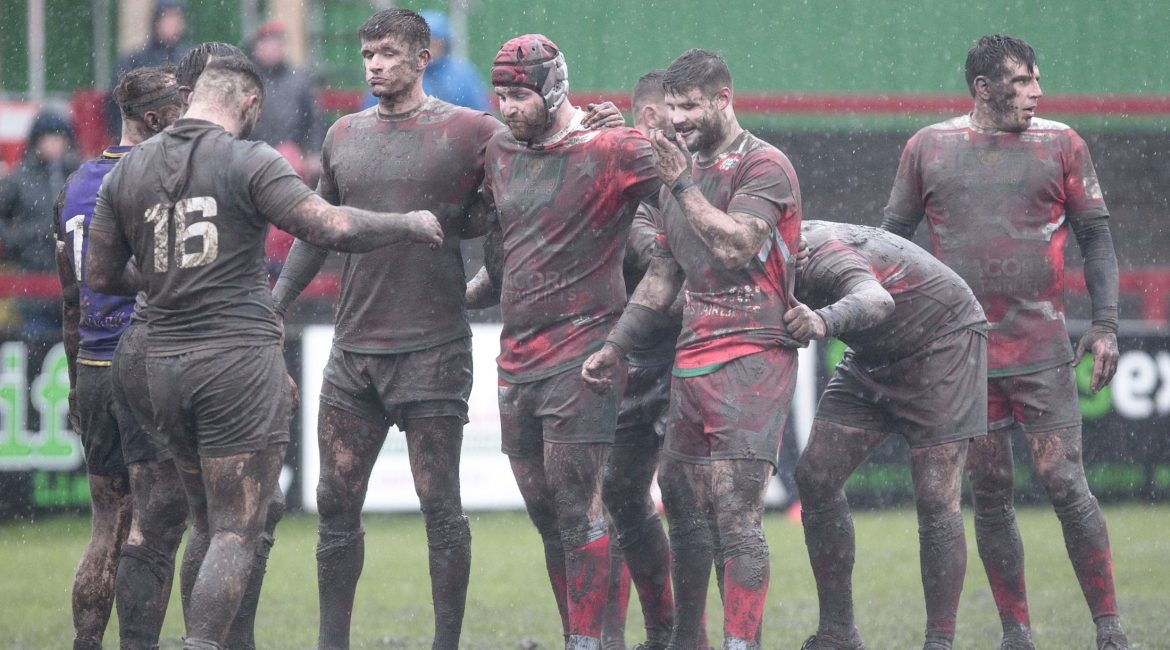 FROM 5pm this evening, the Cougars will begin our player retention announcements ahead of the 2021 Betfred League One season.

To date, 16 players have been announced to be a part of Rhys Lovegrove’s first team squad for the 2021 Betfred League One season.

A total of 5 new signings to date have arrived at Cougar Park to join the 11 players who signed two-year deals ahead of the COVID-19 affected 2020 season.

Ahead of the first player retention announcement, Josh runs through the 16 players we know so far will wear Red, White, and Green, when 2021 gets underway.

Mo Agoro will be looking to hit the ground running ahead next year after the cancellation of the season allowed him to get surgery and treatment on a cataracts problem behind his eye. After joining from Newcastle last winter, the Jamaican international featured in all 3 competitive games prior to lockdown.

Another player who will be hoping to hit the ground running will be Jordan Aitchison, who goes into 2021 in the hope of recreating his form of 2019 that saw him earn the Man of the Match accolade in both his first team appearances prior to a hamstring injury that ended his season and then the diagnosis of a heart condition in January.

Zach Braham arrives at Cougar Park for 2021 from rivals Hunslet to add both size, power, and skill to the Cougars pack. Looking to earn himself a place in the Jamaica squad for next autumn’s Rugby League World Cup, Zach adds both presence and character to the home shed at Cougar Park.

Rarely seen without a smile on his face, Jack Coventry will be looking to continue his form that has seen him feature in 24 of the 26 games the Cougars have played since his arrival ahead of 2019. Affectionally known as ‘Steampig’, Jack’s no-nonsense attitude on the pitch, and kind nature off it, has seen him highly praised by Rhys Lovegrove in the past.

Dan Hawksworth is one of the division’s most proven front rowers and his direct style of play causes nothing but problems for opposition defences. Openly keen to continue developing his game under Rhys, Dan will be hoping to continue that development after a rib injury in pre-season limited him to two appearances prior to lockdown.

Without any doubt one of the most prolific try-scorers and best full-backs outside of Super League, experienced back Quentin Laulu-Togaga’e (QLT to me and you) will add leadership and a potent attacking threat to the Cougars backline after joining from Newcastle for next season.

If tackles alone won games of Rugby League, Aaron Levy would have single handily won the Cougars promotion by now. An unsung hero within the team, the perfect mix of his defensive steel and ball handling ability in attack means it is no surprise that Aaron has developed from his early days as a backrower into one of League One’s best loose forwards during the past two years.

No longer having to miss pre-season to tour Afghanistan with the army’s logistic corps, Robert Matamosi now finds himself with more time to gel with the squad and learn Rhys’ systems during pre-season. Regarded as a big fish in the small pond at West Wales, he will be looking to light up League One once more on a bigger stage.

Jack Miller is our resident ‘Boyo’ at Cougar Park, and the place wouldn’t be the same without him after becoming a firm favourite amongst everyone associated with the Cougars. After starting 2020 in superb individual form, Jack will be looking for more of the same next year.

If the term model professional were in the Oxford Dictionary, there would be a picture of Jason Muranka found next to it. Despite a quiet demeanour off the pitch, his high work rate in both attack and defence, support play, and eye for the try line once he steps over the white line makes him the ideal teammate for those who play alongside him down the Cougars left edge.

The first new signing ahead of 2021, Scott Murrell adds experience, leadership, and an all-round style of play that Rhys Lovegrove has openly admitted to wanting within the camp since being appointed as Head Coach. One of several major coups so far by the club, if ‘Muzza’ can even bring half the game he became renowned for at Halifax, he could claim the legendary status he has at The Shay at Cougar Park by the time he one day leaves the club.

As a player who doesn’t do anything but the spectacular, Taylor Prell has done nothing but excite the fans, and Mick O’Neill for that matter, since arriving at Cougar Park. After showing blistering form in pre-season prior to lockdown, ‘Prelly’ will be hoping to keep racking up the four pointers when allowed to return to the field.

Morgan Robinson is the latest recruit added to the ranks for next season, joining on a one-year deal from Keighley Albion after impressing on trial prior to lockdown. The 2019 Reserves Player of the Year will be looking for a breakthrough year in 2021 to repay the faith shown in him by Rhys Lovegrove.

Alfie Seeley is “one of our own” and will be on the hunt for a permanent spot in the XIII for the 2021 season. Answering the SOS call in the club’s time of need in 2018, Alfie has never failed to deliver when called upon and will be looking to add more memories to the scrapbook to go with his debut try against Newcastle, and famous leaping effort against Bradford in last year’s Challenge Cup.

‘Captain Cougar’ Jake Webster will be looking to make an impact next year after playing through a rib injury prior to lockdown. Joined in the squad by a further two old hands in Muzza and QLT, Jake will be hoping to lay down a marker with his fellow senior players to achieve both his, and the clubs, goal of promotion to the Championship.

If Ryan Wright were an object, he’d no doubt be a boomerang as he continues what is now his third spell with the club after returning from Hunslet ahead of 2020. The no-nonsense hooker only made one appearance prior to lockdown as he returned from an ankle injury and will be looking to return to the form of his previous two spells at Cougar Park.