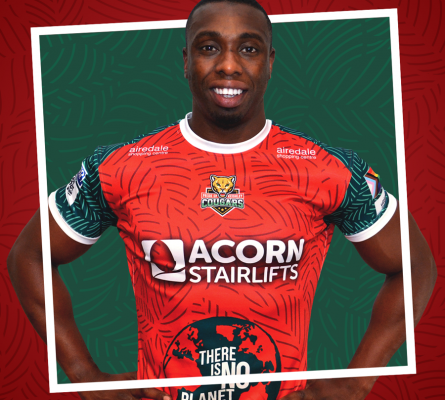 Biggest Inspiration on you Career? My Parents
What attracted you to the club? The vision, direction, and the goals of the club
Favourite Memory as a Cougar? Defeating Barrow at home last season
Favourite player(s) past and/or present? Semi Radradra in the past, Tommy Turbo in the present
Funniest teammate? Jack Miller
Most annoying teammate? Scott Murrell
Longest in the shower? Myself
Which player wouldn’t you want to be stuck in an elevator with? Anthony Dyne
Favourite movie? Training Day
Favourite band/artist? Nas
Celebrity crush? Margot Robbie
If you could invite any 3 people over for dinner, who would they be? Muhammad Ali, Denzel Washington, Will Smith
What 3 things would you take with you to a deserted island? Shoe Dog (Book by Phil Knight), 20kg Kettlebell, and a bed
Tell us a joke? “Knock, knock!” “Who’s there?” “Deja” “Deja, who?” “Knock, knock!”